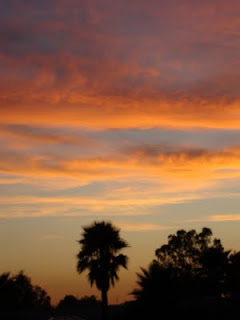 Among the multitude of poetry events and publications this summer you may find a Poets' Picnic in Benicia, California (August 6, 2011), the Poem Homes Project organized by Benicia's Poet Laureate, Ronna Leon (ongoing through the summer), the Moonday West and Moonday East readings in Pacific Palisades and La Canada-Flintridge, and the Village Poets reading series at Bolton Hall Museum in Tujunga.

While my participation in the Poets' Picnic is not certain, I have contributed the following selections to the Poem Homes: Tiger Nights, Buddha with Swans, Skydance, "Look at me..." and Rose Window. I have reprinted in my Poetry Laurels blog the Buddha with Swans and the Rose Window. Three other poems were posted on Poetry Laurels, but I thought it would be a fun thing for the summer to also post two of them - those related to music - among Chopin and cherries.

Tiger Nights juxtaposes a strange dream with a re-imagined concert at the Hollywood Bowl, with Joshua Bell as the soloist. It is written in the first person, to strengthen the immediacy of the experience and the intimacy of the voice. The poem appears to be a favorite of editors and publishers, as it was selected to appear in The Epiphany Magazine (No. 6, 2011), along with my profile for the Poets' Cafe radio interview, posted on Tim Green's website, and on the announcement of the upcoming Moonday Poetry Reading. Of course, the incipit of the poem also appears on my Poet Laureate portrait by Ronna Leon posted above.

For those interested, Moonday in the Village will feature myself & Lucia Galloway at Village Books for the August reading that will take place at a private home at 14839 West Sunset Blvd, Pacific Palisades, CA 90272 on Monday, August 8, 2011 at 7:30 p.m. Moonday is a once-a- month poetry venue, co-produced by Alice Pero & Lois P.Jones. See www.moondaypoetry.com for more details. 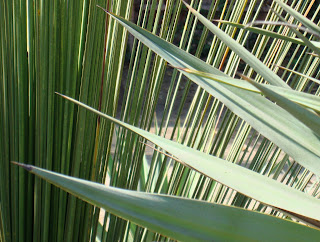 
Someone nailed gold-plated clouds
to the hard, polished turquoise of the sky.

Striated, like the stripes of a tiger
I did not know I had for a pet

to corner him in my backyard.
The blond fur glistened in shadows.

Three golden labs growled
at the cat the size of a calf.

He turned. His stripes shone
with danger. I woke up afraid.

Now I watch the gold of the clouds
change into orange, scarlet and amaranth

in a quickly darkening cupola
that rests on the hills

above the Hollywood Bowl.
Smooth tones of Joshua Bell’s violin

glow in the air, escaping
the relentless chase of the brass.

Wind snatches notes from the bow,
plays with their glossy sheen.

Stars blossom on cloud-stems
in bouquets, wild as tiger lilies

you gave me that night.
Danger lurks in your smile

as you caress my ear
with a whisper: “Remember?”

To all those, who think that "first-person" poetry is strictly autobiographical, I hasten to explain that I went to the Joshua Bell concert described in Tiger Nights with my best friend, Elizabeth, who certainly does not resemble a tiger, did not give me any tiger lilies, and did not whisper dangerous thoughts into my ear. The dream was as real as dreams are, but the tiger's smooth coat appeared to be beige and not striped at all, until I recognized the cornered, graceful creature as one of power and danger: the lovely animal turned its head at the dogs and snarled, becoming a striped beast. That was enough to wake me up. But the word "beige" is too plain for a dream poem, someone said, so I changed it to a more human "blond." The stripes on the sky, the stripes on the tiger, the tiger lilies... this fragmented imagery creates a surreal scene of uncertainty, filled with seductive charm and vague threats. The "gold-plated clouds" become real in a jewel sky as the danger passes, or, at least, seems so. 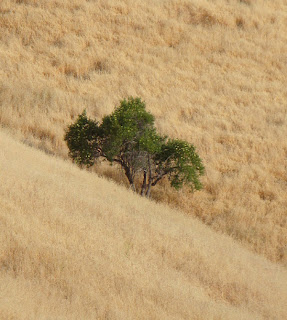 The second "imaginary romance" poem, also a favorite with audiences and publishers, draws together scattered seeds of experience: a glance from a passing biker, a long ride between slopes of California's dry golden grass, contrasting with the deep green of the live oak, and the favorite melody outlined by the flowing voice of Ella Fitzgerald. No, it did not happen in my real life. Yes, it could have happened, as the poem is cobbled together from fragments of different memories and observations. Regardless of its sources and the degree of realism, the poem works. Here, instead of two contrasting images, I use a refrain that brings back the beguiling singer's voice to lift the biker's narrative high above the melting asphalt of the prosaic.

The poem was published in Loch Raven Review (Spring 2010) and reprinted on the Poetry Super Highway website where I was a Poet of the Week in January 2010. The title comes from the first words of "Misty" as sung on that astounding collection of Ella's Blues and Ballads (Verve). The song, by Johnny Burke and Erroll Garner, ends with "I'm too misty, and too much in love..." You can listen to the version I love on YouTube. Compare it with other interpretations: by Sarah Vaughan, Julie London (with a charming alto and annoying twitter of flutes), and Ella Fitzgerald, again - with the Tommy Flanagan Trio. If you do not like singing, listen to Stan Getz, as delightful as any of the singers.

The bike stopped at the red light.
The biker looked at me intently.
All in black leather, he did not seem familiar.

the dark honey of Ella’s voice
spilled onto the asphalt

The light changed to green. I was touched
by the brightness in his eyes as he drove by,
turning his head, clearly off-balance. He stopped
to gaze at my metallic Honda. I felt his surprise.

I knew he realized who I was,
the woman he found irresistible again
and again and again. I wonder if he told
his girlfriend about our sunny encounter.

The country road led me towards live oak
and grassy slopes, shining yellow and bronze.
There was no hatred, just being alive
after the storm. I was silent. I had nothing to say.


I will read this poem at Moonday, on August 8, 2011, along with my favorite Chopin with Cherries ones, and, of course An Ode of the Lost - published in The Cosmopolitan Review in 2010, along with Dragonfly Days, Rivers, and a personal reflection on the challenges and victories of immigration.

The most recent issue of this wonderful online journal, dedicated to Polish culture in America and around the world, features another music-themed poem by a California poet: Kathabela Wilson's reflection on Paderewski, his love of music and his devotion to Poland - What Paderewski taught me about being. This poem was inspired by her introduction to Paderewski's world at the 2010 Chopin and Paderewski Conference at Loyola University of Chicago. We held a Chopin with Cherries poetry reading there, and Kathabela Wilson read her work, accompanied by her husband Rick Wilson playing historical 19th century flutes. 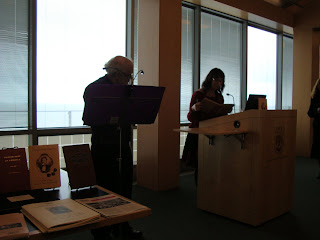 For the anthology Chopin with Cherries, Kathabela submitted an entirely different love story:

How I Fell in Love with Chopin


he did not own a piano
hesitant shy unsure

frail on the long walk
uphill he carried
the polonaises

polished sound and circumstance
power I leaned into

it did not last

I had to collect them in a box

I had fallen in love
with Chopin


Thanks to the scattered piano keys of Kathabela's poem, we celebrated poets and musicians at the Ruskin Art Club back in May 2011 with piano-key bouquets, complete with ribbons and decorative leaves, but without flowers. The poets were delighted... 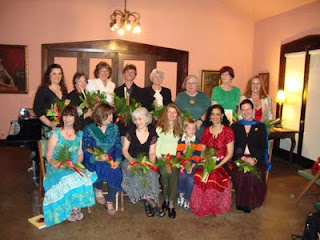 "How I fell in love with Chopin" by Kathabela Wilson appears in Chopin with Cherries, edited by Maja Trochimczyk for Moonrise Press, 2010. Used by permission.