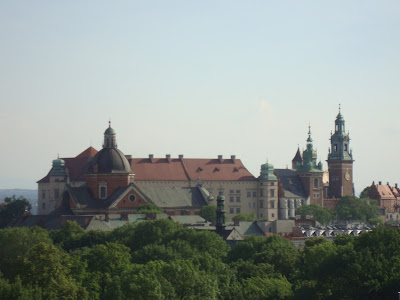 There will be two sessions about music at the Sixth World Congress of Polish Studies, organized jointly by Polish Institute of Arts and Sciences in America , Polska Akademia Umiejetnosci, and the University of Gdansk in Krakow, Poland. The Congress is scheduled for June 16-18 at the  Polska Akademia Umiejętności at ul. Sławkowska 17 in Krakow, and includes presentations by nearly 200 scholars from various areas of the humanities and social sciences, including studies of Polish history, literature, art, music, institutions and individuals.

The music sessions are about Aleksander Tansman and Henryk Mikolaj Gorecki, both great lovers of Chopin's music, especially his mazurkas.  Tansman's volumes of mazurkas are well known contributions to the genre.  Gorecki famously cited Mazurka Op. 17 No. 4 in the Symphony No. 3, Symphony of Sorrowful Songs, and believed that Chopin's music, like his own, was inspired by Polish folklore, especially religious folk song:

"Chopin - who learned how to move his fingers quickly over the keyboard - had a good memory: he knew almost all music, he was sensitive, attentive, erudite, but that was not all, that was not enough. He knew all the piano literature, but in order to be "Chopin" he had to do something special within himself, inside himself. These sounds were in his mind; one person would say that they were in his heart, someone else that they were in his head. Composers are like that. Somewhere within us the music sounds, we are surrounded by these sounds. But what would one do with all that music? This is an incredible truth, an incredible discovery. It is clear that it was filtered through his education, his knowledge but that there was the source for his melodies. There is no other melody like Chopin's." 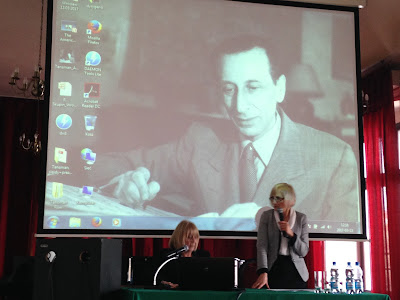 Tansman and speakers at the Wroclaw Conference, March 2017 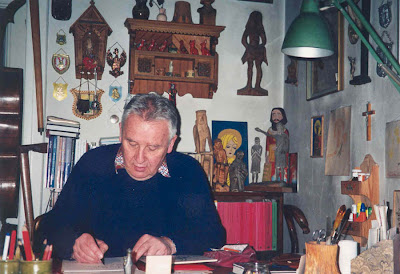 Gorecki in his studio, Katowice, April 1998.

Speakers:
The Tansman Session is a follow up to the conference held at the Karol Lipinski Academy of Music in Wroclaw in March 2017, celebrating the 120th birthday of the composer, as discussed earlier on this blog.

Posted by Maja Trochimczyk at 2:10 PM No comments: