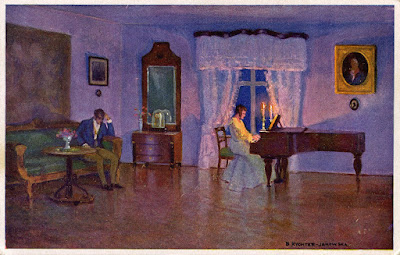 Everyone has or should have a couple of favorite Chopin recordings, to return to, back and back again. Mine are the Nocturnes – all of them recorded by Brigitte Engerer.  I used to listen to them at night, in the dark, while falling asleep. And while driving to a distant office, spending four hours daily in the traffic jams of Los Angeles freeways. There was nothing more relaxing and otherworldly than Engerer’s Nocturne. A perfect antidote to Road Rage (there is a radio program on KUSC that plays an anti-road-rage melody of incomparable sweetness around 5 p.m. every day). So these sweet and gentle nocturnes, filled with wistful nostalgia and the serenity of reconciliation are my anti-stress melodies.

I had to buy another set, my old one was played so much that it started to malfunction.  Then, I thought it would be easier to listen to them on the laptop, while writing a poem, or an article or reading my email. And here, on YouTube, I stumbled upon a treasure trove of comments. The recordings from “my” CD, posted in 2015, have reached over 13 million listeners in one year, 13,077,492 views to be exact, with  51,329 likes and 1,403 dislikes. One commentator said: “1000 people dislike it. WHY? Most be idiots.” (Dave Shen). Brigitte Engerer, a French pianist, born in Tunisia on 27 October 1952  died on 23 June of 2012 of cancer, according to her obituary in the New York Times. 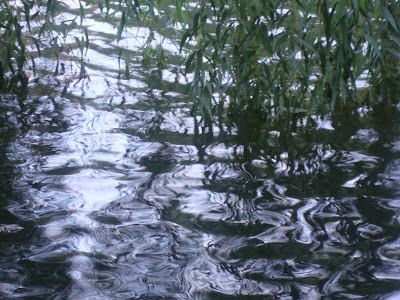 According to Engerer's bio on Wikipedia,  she started to play the piano at four and gave her first public performances at six. She studied in the Paris Conservatoire with Lucette Descaves since she was 11 and at 15, she received the first prize in piano. At sixteen, she won the Concours International Marguerite Long-Jacques Thibaud. She then studied piano in Moscow, at the Tchaikovsky Conservatory with Stanislav Neuhaus. She stayed there for nine years. Her musical heritage is equally French and Russian.  Her repertoire included the great piano concerti of Tchaikovsky, Beethoven, Chopin, and lots of solo works including Chopin, and Schumann. She played with  Herbert von Karajan conducting the Berlin Philharmonic and with other major orchestras: the Boston Symphony Orchestra, the New York Philharmonic and the Orchestre de Paris under Daniel Barenboim. 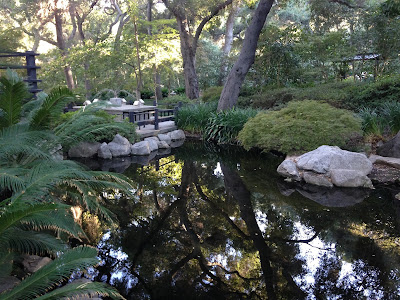 Her prizes and honors included wins at the Competition Marguerite Long-Jacques Thibaud, Tchaikovsky Competition in Moscow, Queen Elisabeth Competition of Belgium, Grand Prix du Disque for her recording with Philips of Carnival op. 9 and the Carnival of Vienna Robert Schumann. She was the corresponding member of the Institut de France, Academy of Fine Arts and won lifetime achievement award the Victoires de la musique 2011, as well medals from the French government: Chevalier of the Legion of Honour, Commander of the Order of Merit, and Commander of Arts and Letters. 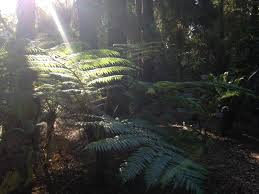 What do her listeners say? What does the music mean to them? First of all, it brings calm and comfort:

"Nocturnes = night music. Music written to soothe and calm you down after the many troubles of the day, in preparation for a restful night's sleep.  Don't listen to it -- let it simply wash over you and work its gentle magic on your soul.﻿" (Jon Low)

"I listen to this when i read, its wonderful because there’s no words to distract you yet there is something filling in the silence" (Daisy Clarke)

"I used to do the same! I dont know why but i feel that our brains resonate better when we listen to this while studying. After a while you even forget that the music is there!" (George Georgiou)

"I cant listen to classical to music while studying cause I just end up listening to it seriously." (Mat)

"In times of great doubt or heartbreak, this is probably one of the most comforting pieces you can listen to.
It's easy to divert attention away from yourself, but this piece makes that nearly impossible.﻿" (Bill)

"Every night to be able to sleep i listen to this, it's so good i dont even remember when i sleep! Never able to listen to all of them consciously :)﻿" (Ezgi Sozmen) 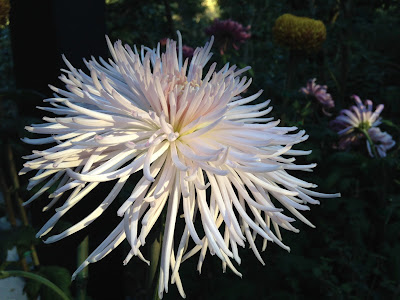 Then, they reflect on the talent of the performer:

"I am amazed by the vivacious, but somehow calm, interpretation of this pianist.  Unfortunately, I was never able to hear her in concert.   An astounding artist.  A blessing to hear her talent!!"   (Michael Linminn)

"How immortal, these nocturnes - how beautiful this performance!" (Jan Klassiek )

"It's not only the music, the sound or the chords. It's the Story and the feeling, it comes from. Chopin is a part of history..... of feeling the history...." (Jamel Abdouni Melki)

"In a time of such human ugliness and petty hatred, this is probably one of the most beautiful collections of sounds in the world right now; Peace to you all......*sighs*" (London Bridges) 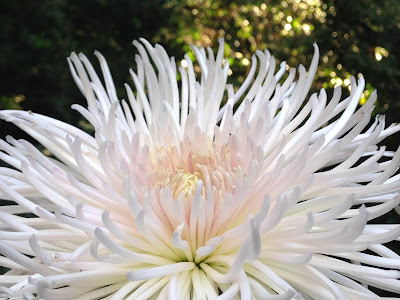 Someone asks a question: "Which one is your favorite?"

Patricia Salem said: "Op. 32 in B Major... I think. It sort of depends on the mood I'm in. I think Chopin's nocturnes truly capture the essence of "evening." Sometimes they're gentle and wistful, while others they're stormy and dramatic. Of all the different types of compositions Chopin wrote, the nocturnes as a group are my favorite--more than preludes, etudes, etc." (Patricia Salem) 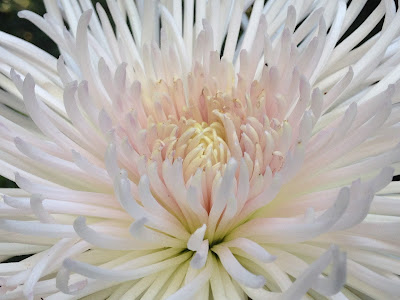 Other listeners focus on the pianist herself:

"Is that just me or does that lady look a lot like an older Catherine Zeta-Jones?!﻿" (Andrew de Burgh)

"What an extraordinarily striking woman. As attractive as she is gifted.﻿" (Jose Guardiola) 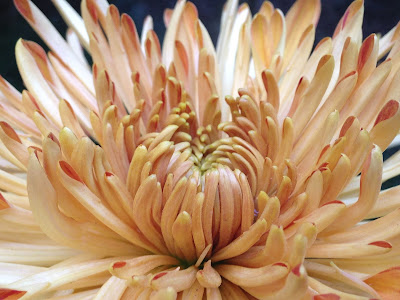 Some philosophically minded reflected on music in general:

"Music is how we feed our soul.﻿" (Arlys Chapdelaine)

"Without music the world would be a dark and dampen place. Society wouldn't be society, earth wouldn't be earth, and space well it just keeps going." (David Fairbairn) 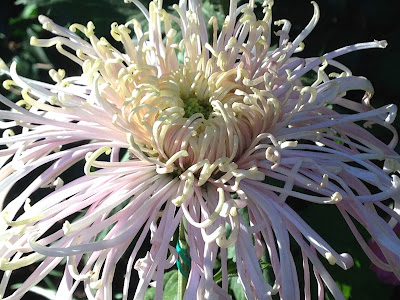 ... And then, there are those who post in languages I do not speak:

"The fact that I am able to understand this comment written in Portuguese on account of speaking Spanish is rather bemusing.﻿" (Tony Uribe) 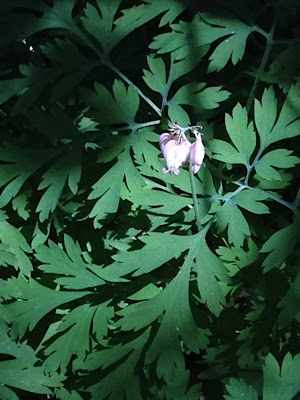 "Bence en güzel versiyonu paylaşana teşekkürler﻿" ("I think the most beautiful version, share it, thanks"- in Turkish, by Gizemm Teke)

Chopin appeals to everyone. His intimate and touching tone speaks personally to each one of us, and makes our heart ache for what we lost, what we cannot have, what we long for - starlight, moonlight, dreamscape, peace...And we can remember the amazing pianists that left us too early, like Chopin himself, with a legacy of timeless music and the beauty of sound. 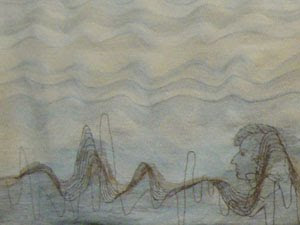 Fragment of a Chopin tapestry by Monique Lehman.

PHOTOS of chrysantemums, ponds, and leaves from Descanso Gardens by Maja Trochimczyk

Posted by Maja Trochimczyk at 5:02 PM No comments: