Long Live the Mazurka! Dancing with the Prusinowski Trio (Vol. 4, No. 11) 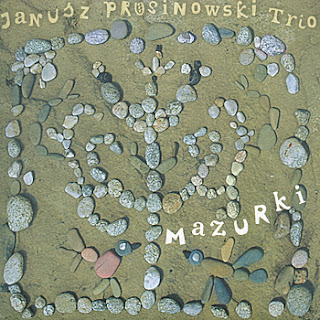 The mazurka is not dead! I was thrilled to say it, again and again, after attending a concert of Janusz Prusinowski Trio at EUropean Jazz @ UCLA on October 10, 2013 at Schoenberg Hall in Los Angeles. The fact that the performance was included in a jazz series was interesting, because of the question of genre or style that arises when listening to the music that is perfectly suited for dancing, yet modern and original. The CD, with its cover reproduced above, includes music and some Mazurka recipes, linking the dance to the Easter cake, just like I have done in my poem "How to make a mazurka" that commemorates my grandparents' talents - my grandma's cooking the mazurkas and my grandpa's playing them. I loved dancing around in a darkening room, with my shadow on the walls, while my grandpa played obereks and mazurkas on his violin, still with ribbons after playing at a wedding...

How to Make a Mazurka

After Mazurka in A Minor, Op. 17, No. 4,
for my Grandparents, Stanisław and Marianna Wajszczuk,
who could play and bake their mazurkas like no one else

Take one cup of longing
for the distant home that never was,
one cup of happiness that danced
with your shadows on the walls

of Grandpa’s house, while he played
a rainbow of folk tunes
on his fiddle, still adorned
with last wedding’s ribbons

stir in some golden buzz of the bees
in old linden tree, add the ascent
of skylark above spring rye fields,
singing praises to the vastness of blue

add chopped walnuts, figs, dates
and raisins, pour in some juice
from bittersweet grapefruit
freshly picked in your garden

bake it in the cloudless heat
of your exile, do not forget to sprinkle
with a dollop of sparkling crystals,
first winter’s snowflakes at midnight

Here's more information about this astounding group from their website:

"Janusz Prusinowski Trio is a group of musicians who follow in traditions of village masters they have learned from: Jan Lewandowski, Kazimierz Meto, Józef Zaraś, Piotr and Jan Gaca, Tadeusz Kubiak and many others – but they are also an avant-garde band with their own characteristic sound and language of improvisation. They combine music with dance and the archaic with the modern."

"The Trio’s unique style is the result of their attempt to find new ways of interpreting the most important elements of village music from central Poland. It brings together mazurkas – sung, played, danced to, improvised live – and modern man. What new quality can be given to archaic and seemingly simple melodies and rhythms without resorting to trendy sample mixing? It turns out that traditional music of Polish villages can be a reference point for a variety of genres: reminiscent of Chopin in its melodic pattern and the use of rubato, sharing a love of improvisation with blues and jazz, evocative of contemporary music in its tone, and possessing the expressiveness of rock music."

"Besides playing concerts with traditional Polish music the band prepared a special programme of performances “The village roots of Frédéric Chopin’s music” with pianist Janusz Olejniczak. In 2012 Trio begun a unique project "Kujawy” with three masters of Polish music: Tadeusz Kubiak, Tomasz Stańko, Janusz Olejniczak, and a group of singers led by Ewa Grochowska.The group also performed with Michał Urbaniak, Artur Dutkiewicz and Alim Qasimov. Apart of concerts, Trio’s music can be heard at the parties of village and urban Dance Clubs or theatrical performances at the Polish National Theatre and the Polish Radio Theatre. They also run musical and dance workshops. In 2008 the band released “Mazurkas”, an album which received rave reviews. This was followed in 2010 by their second album “Heart”.

This information, copied from the website www.januszprusinowskitrio.pl offers just a glimpse of the allure and impact of the Prusinowski Trio. They were a part of the Chopin Year 2010, and here's one Mazurka they played for the year that also saw the publication of Chopin with Cherries.


What I found most fascinating about the Prusinowski Trio (apart from the fact that it is not a Trio, but has up to five or more members), after attending the UCLA concert, was their ability to bring folklore and Polish national dances back to life as a relevant and popular genres of contemporary dance music.  Why should Polish youth only dance to American or British hit songs and their Polish imitations? Why should a dance genre as old as the nation be abandoned for the sake of foreign imports? This conflict of the native versus the foreign, the patriotic versus the cosmopolitan has played out in Polish cultural history many times.  We all remember the famous lament of Juliusz Slowacki addressing his homeland: Pawiem narodow bylas i papuga..." ((You were the peacock of the nation and a parrot)...

With the Prusinowski Trio, Poland's dance traditions certainly do not fall under the "parroting" label, as their music is clearly, and laudably "roots" music reaching back to the deepest traditions of Polish folklore, and bringing it back to the concert stages nationally and around the world.  Their set of instruments is very traditional: violin, big drum and tambourine, accordion, clarinet (shawm), cello/double bass, cembalom.... The model is that of a folk kapela: fiddle, drum, basetla...  They know ethnographers, such as Piotr Dahlig the director of ethnographic collections at the Institute of Arts of Poland. They are friends with jazz musicians and artists. They play for dance parties, weddings, private get togethers, and on concert stages around the world. They organize dance parties where people dance to their music, where they celebrate their roots with their "wild music of Polish villages." 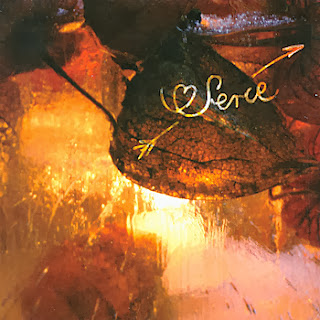 What makes their music so irresistible? Someone could say that it is "the wonderfully wiggly cross-rhythms – a triple beat but with stresses that can cross it in fours, fives or sevens – of the village mazureks (mazurkas) from Mazovia, Poland’s flat central region, played, with great skill and tremendous lift, by fiddler and occasional cymbalist Janusz Prusinowski, with baraban drum, tambourine and droning 3-string bass from Piotr Piszcatowski, joined by Michal Zak’s wild shawm and flute." (quoted from an article in fRoots Magazine 2011 by Andrew Cronshaw).  The reviewer cites, in turn Janusz Prusinowski's moment of discovery of folk fiddling in Poland:  “It was a revelation: the authenticity, intensity and ease that I had been looking for throughout the world existed right here, beside me, in my own language.”

For others, the music's appeal is heard in the wild, intensely emotional timbres of their instruments. The hollow beating of the drum, the spiky accents on the basetla, the florid ornamentation of the lead fiddler, and the wild, outrageous sound of the shawm... Their sound world has the roughness and intensity of electric guitars and drums of rock bands. It is very far, indeed, from the polished, "beautified" folklore of Polish State Folk Ensembles, that created an ersatz of the real thing and transformed folklore into a Broadway style revue. That "Stalinist" appropriation of Poland's root music has started in early 1950s and has turned youth away from their tradition, transformed into a propaganda vehicle for the glories of PRL. I discussed the impact that these ensembles had on the Polish folk dance movements in America in a book  (Polish Dance in Southern California) and in an article, published in Polish American Studies, and reprinted, in a shorter, less academic version in the Cosmopolitan Review.  Finally, this bonanza for the artificial replacing the original has neared its end; the government is not inclined to invest a fortune into perpetrating of this old style model.  Enter the Prusinowski Trio.  . .

When I spoke with some of the musicians after the concert, they discussed the similarities of Polish folklore to the music of the Balkans and even of Turkey. The mentioned the polska dance of Sweden, and the mazurkas of France and Mexico.  They are fascinated by the international reach of Polish dances in history; and today, contribute to this dissemination by their own art. 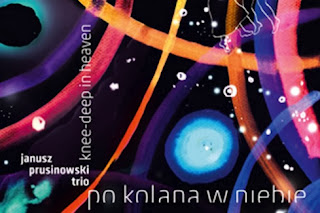 In terms of sonorities, the shawm, especially, sounds rough and screeching, sure to be heard over long distances - like the janissary bands of the Ottoman Empire. This was the one sound that I did not remember from my childhood - dancing to the music of my Grandpa, a folk fiddler. The beating of the drum and the droning of the basetla permeate it all, steady and relentless, like the rhythm of the heart - I transliterated it as "I do, I do, I do..." in one love poem. The lively lines of the violin twist and turn, and move the listeners' feet to follow onto the dance floor. During the concert, one musician got off the stage and started rotating around the aisles with a woman, whom I was certain he knew before - and maybe even was part of the setup - they danced together so well! "Yes, they knew each other... No, they did not practice that dance. It just happened."  Here's a wish that these types of spontaneous dance moments happen more and more both in Poland and abroad...

The group has issued so far three CDs:  Mzurki (Mazurkas),2008;  Serce (Heart), 2010; and Po kolana w niebie (Knee-deep in Heaven), 2013. I  reproduced their covers here. These are masterly albums, highly recommended for all music lovers.  I will be writing about specific tunes and rythms on this blog. For now it should suffice to say that the Trio is intimately involved with the Mazurkas of the World Foundation, directed by Prusinowski as well.
Posted by Maja Trochimczyk at 9:08 AM No comments: