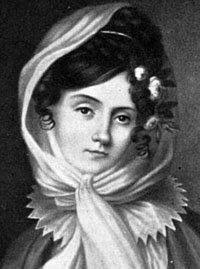 The year 2011 has been declared the Milosz Year, celebrating the Nobel-Prize-winning poet, and the Szymanowska Year, commemorating one of the first and most influential women composers of the romantic period. Thanks to the efforts of singer and President of Maria Szymanowska Society, Elizabeth Zapolska-Chapelle, a series of events will take place in the fall of 2011, as outlined below. 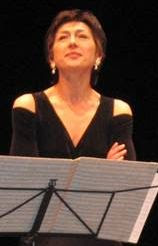 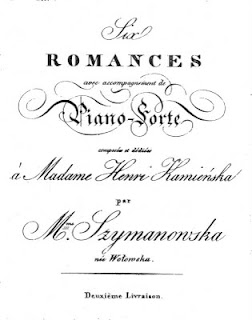 The conference will include a range of topics, from Szymanowska's pianos (Vogel) to her French contemporaries, Russian social networks, and gendered imagery. I wrote about Szymanowska's songs in the past (for an anthology of Women in Music by Hildegard Publishing Company and for Slawomir Dobrzanski's biography of Szymanowska).

I also looked at Szymanowska's connections to Chopin (in a study of his relationships with women composers) and on the societal constraints placed on her career, as well as careers of other women composers. At this conference, I will speak "On Genius and the Virtues of 'Sense and Sensibility' in the Image of Maria Szymanowska" and touch upon the following topics:


The dualistic feminist music theory of the 1990s represented by Susan McClary, Marcia Citron, Sally Macarthur, and rooted in the embodied feminist literary criticism of Julia Kristeva and Luce Irigaray, did not attract much attention among 19th-century scholars focusing on Polish artists and musicians. Its radicalism seemed too remote from the ideal feminine types encountered and discussed in Polish culture. The lives and careers of female musicians were interpreted in terms of cultural stereotypes that included the innocent youthful beauty of Zosia from Mickiewicz’s Pan Tadeusz, a self-sacrificial and heroic “Polish Mother” (Matka-Polka), an equally self-sacrificial Romantic Beloved, or the hard-working and virtuous Strong Woman (Silaczka) of the positivistic era.

The validity of a less radical, yet still sophisticated feminist approach to studies of 19th century Polish women was recently proven by Beth Holmgren, the biographer of Helena Modjeska and interpreter of the actress’s continuous self-invention on the stage (Starring Madame Modjeska: On Tour in Poland and the U.S., forthcoming in 2011). Like Modjeska, but two generations earlier, Maria Szymanowska also “re-invented” herself for the music stage, whether that of the public concert hall or the private salon. After leaving her husband and establishing a women’s and children’s household with her sister, Kazimiera Wołowska, Maria created an artistic “persona” of a charming, independent, inspired, beautiful, sensuous musician that – unlike her male counterparts – was also full of feminine virtues of modesty, humility, and “sense and sensibility.” 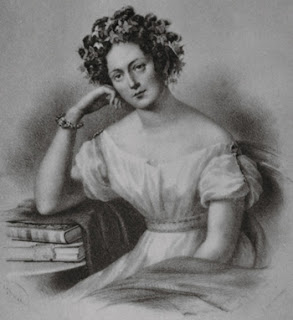 Szymanowska’s letters as well as her portraits by others depict her as full of “charming modesty” and other feminine virtues articulated in 19th century continental and British novels by such authors as George Eliot, Jane Austen, and George Sand. These virtues, while espoused in the salon and on the recital stage of the stile brillante era, were incommensurable with the aesthetics of the “musical genius” and the sublime, divinely inspired, “absolute music.” Ultimately, they pushed Szymanowska’s oeuvre of mixed value into obscurity, as she lost her struggle to balance the requirements of feminine propriety/modesty and the transgressive nature of a musical talent.

Illustrations: Portraits of Maria Szymanowska by Henri Benner and Antoni Borel, a litograph based on a drawing by Józef Oleszkiewicz (National Museum, Warsaw). Photo of Elizabeth (Elzbieta) Zapolska-Chapelle, and the cover of an edition of Szymanowska's Romances for Voice and Piano.

Posted by Maja Trochimczyk at 10:04 PM No comments: