Chopin with Cherries in English and Polish (Vol. 6, No. 1)

On January 10, 2015, the Foothill Poetry Festival at the Sunland-Tujunga Library presented five poets reading their work in the original, native languages and in English. We heard Vietnamese (Teresa Mei Chuc), Serbian and Russian (Mira Mataric), Spanish (Elsa Frausto, who organized the event), Armenian ( ) and Polish.  In addition to the four poems I managed to read, I prepared a translation into Polish of "A Study with Cherries" - the title poem from "Chopin with Cherries" anthology published in 2010.  That poem and its translation were finally read at the Village Poets Monthly Reading at the Bolton Hall Museum, on January 25, 2015. 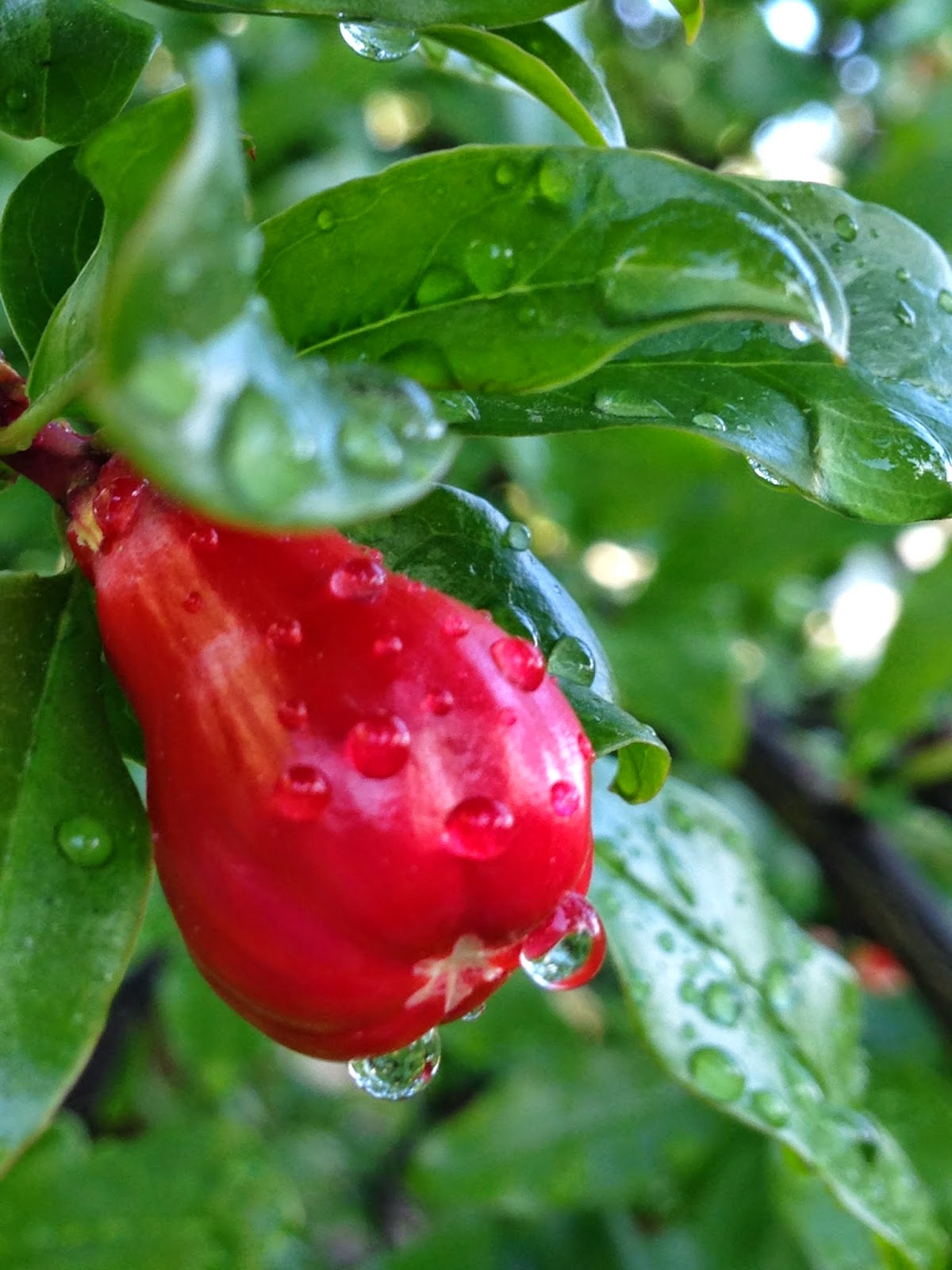 The story is a compilation of several childhood memories, from long hours spent in the attic of my grandparents house in Trzebieszow, and in the comfortable branches of a walnut tree. Nobody could climb the cherry trees: we were not allowed, the branches were too fragile and would crack easily. Instead, adults could climb a very tall ladder and bring down sour cherries to stain our fingers and chin. But the walnut was strong, with thick smooth limbs, ideal for climbing even by a clumsy little girl. The green, smooth, fresh walnuts were drying on layers of newspapers in the warm attic, and the children spent rainy mornings and afternoons trying to peel the yellowish skin off the white, sweet nuts, quite different from the shrivelled brains of the dried ones.

"White" - for those rare individuals endowed with the phenomenon of synaesthesia, color hearing, was the "neutral" key of C-major, hence the association of the whole poem with that key, though the dark red cherries called for a piece of music in an entirely different set of harmonies, I'd think A-Flat Major. For Oliver Messiaen, Alexandre Skriabin, Rimsky-Korsakov, Liszt and Marta Ptaszynska, keys and sound complexes were of different colors, not the same from one author to the next. 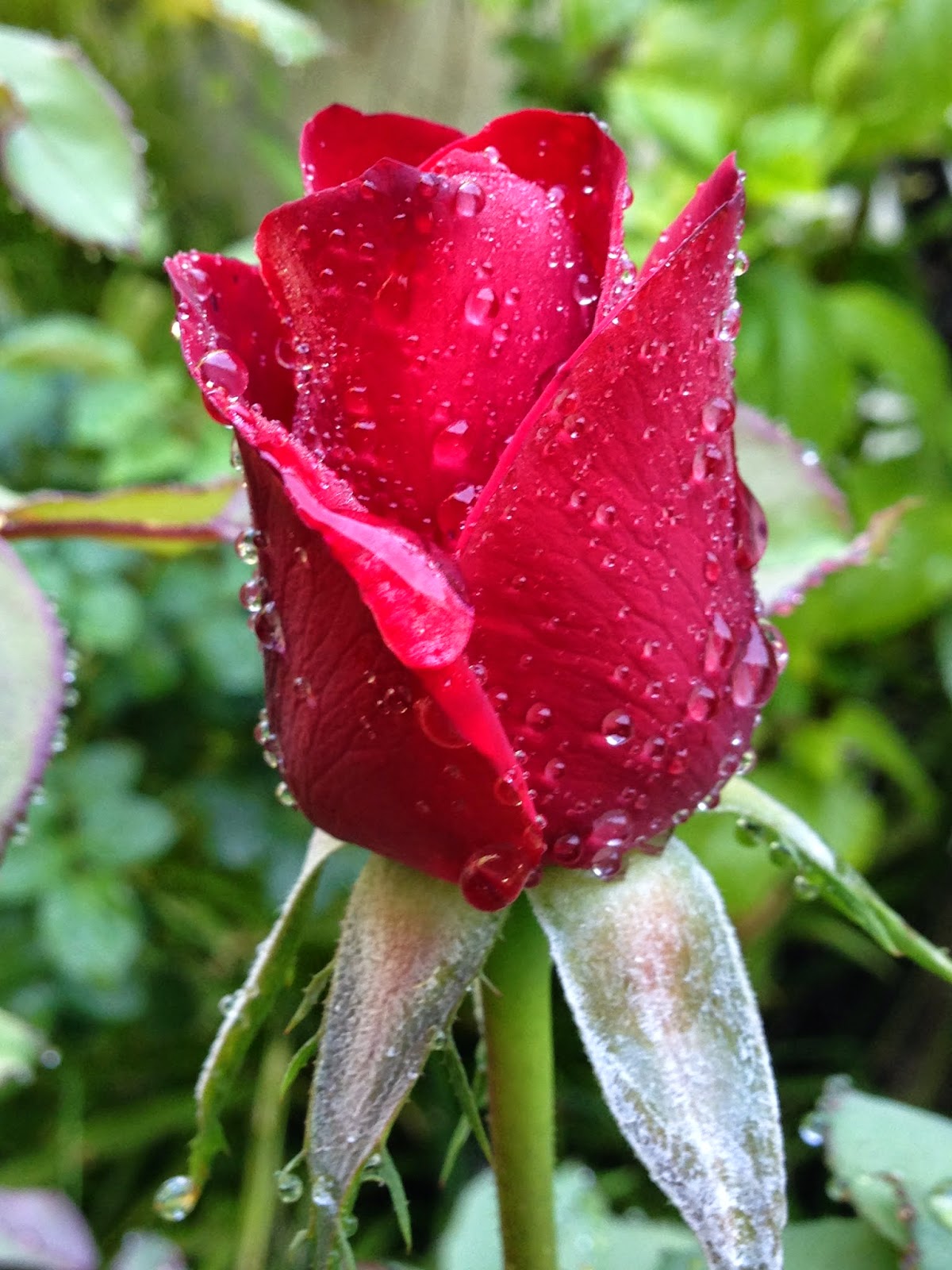 Here's the famous Etude in White:

Chopin: Etude in C Major, Op. 10, No. 1
played by Evgeny Kissin (in a white jacket!)
Played by Maurizio Pollini

... and now an Etude in a darker color, perhaps the rich burgundy
of overripe cherries :

Chopin: Etude in A-Flat Major, Op. 25, No. 1  "The Aeolian Harp"
Played by Maurizio Pollini (with the score)

or maybe in an incessant raindrops falling on the leaves
and round, ripe fruit, glistening when the sun peeks from under the clouds:

Or, again, maybe melancholy, in a velvet mood of orchard swapped in the morning fog:

A STUDY WITH CHERRIES

After Etude in C Major, Op. 10, No. 1 and a cherry orchard of
my grandparents, Maria Anna and Stanislaw Wajszczuk

I want a cherry,
a rich, sweet cherry
to sprinkle its dark notes
on my skin, like rainy preludes
drizzling through the air.

Followed by the echoes
of the piano, I climb
a cherry tree to find rest
between fragile branches
and relish the red perfection -
morning cherry music.

Satiated, sleepy,
I hide in the dusty attic.
I crack open the shell
of a walnut to peel
the bitter skin off,
revealing white flesh -
a study in C Major.

Tasted in reverie,
the harmonies seep
through light-filled cracks
between weathered beams
in Grandma's daily ritual
of Chopin at noon. 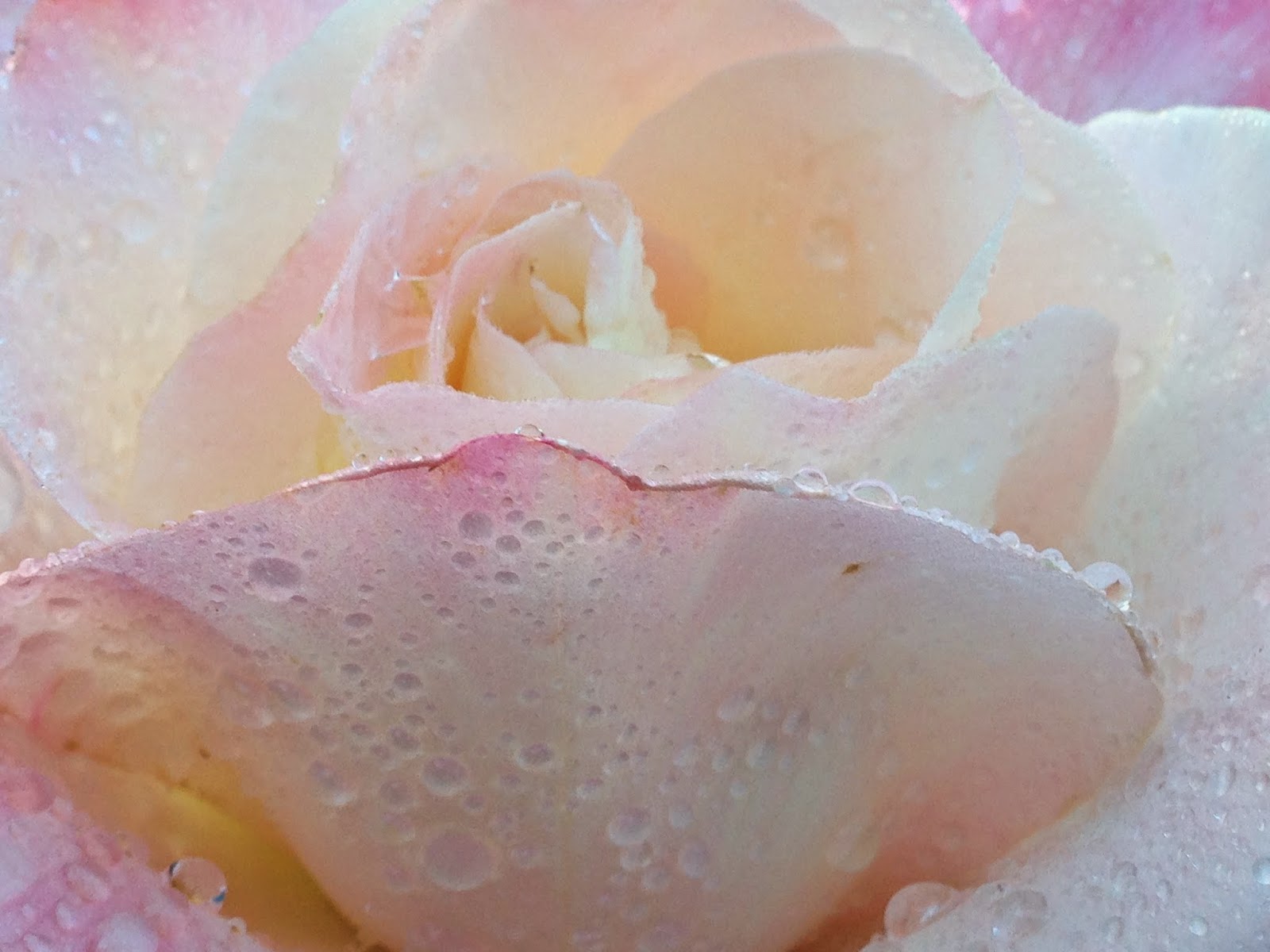 
Posted by Maja Trochimczyk at 12:26 AM No comments: