Chopin and Szymanowska Books at Book Expo America in Chicago (Vol. 7, No. 5)

BookExpo America (BEA), the largest book show in the U.S., wa in Chicago this year, and Poland was the featured country! Aquila Polonica shared booth space with the official exhibit by the Polish Book Institute, booth 1504/1505. Since Poland was featured, Aquila Polonica conceived and organized a "Books in English" display as part of the official Polish Book Institute booth, curating a selection of more than 100 books in English about Poland—including works of fiction, history, cookery, music, and much more—by a variety of publishers and authors. The exhibit had three books on Chopin, all edited or authored by yours truly, Maja Trochimczyk! 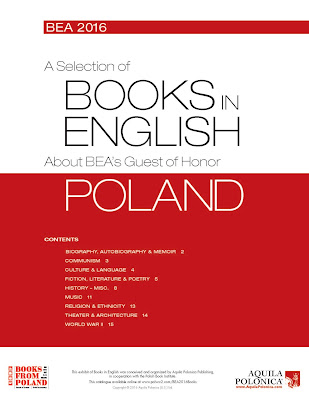 Below you will find pages from the catalog with links to where the books on Chopin and other books by Moonrise Press and/or Maja Trochimczyk can be found. 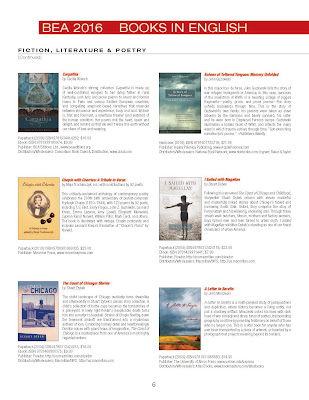 The sixth page of the Catalog features the 2010 acclaimed poetry anthology edited by Maja Trochimczyk, Chopin with Cherries: A Tribute in Verse. The anthology includes 123 poems by 92 poets, including an English translation of the classic by Cyprian Kamil Norwid, Chopin's Piano, in a masterful rendition by Leonard Kress. The book can be found here:  Paperback Edition ($23.00) or PDF Download ($10.00). ISBN 978-0-9819693-0-5. 256 pages.Read more about this anthology. 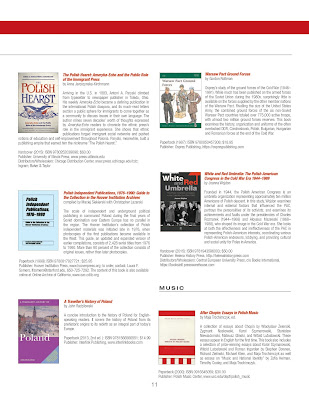 The first title in the series on Music (p. 11 of the catalog), is After Chopin: Essays on Polish Music, edited by Maja Trochimczyk, and published by the Polish Music Center at the University of Southern California, in 2001. The book consists of translations of essays by Polish composers about Chopin, and winning papers in the Wilk Research Prize in Polish Music. This book can be ordered from the Polish Music Center's website, it is not available on Amazon. 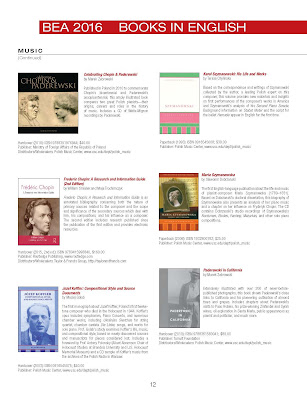 The next page 12 of the Catalog includes two titles with major contributions by Maja Trochimczyk, and the third that she edited and prepared for publication without putting her name on it.  The most recent book,published in June 2015 is the second revised and expanded edition of Frederic Chopin: A Research and Information Guide, co-edited with William Smialek and issued by Routledge. It can be ordered here.

In addition to these three books on Chopin, edited by Maja Trochimczyk, there were several titles that she played an important role in creating, as co-author or publisher.

The biography of Maria Szymanowska by Slawomir Dobrzanski (noted on the same page as the Chopin bibliography), published by Polish Music Center in 2004, includes a chapter by Maja Trochimczyk on Szymanowska's songs. More information about this book is found on Polish Music Center's website. Finally, the biography of Poland's first 12-tone composer, Jozef Koffler by Maciej Golab was prepared under the supervision of Dr. Trochimczyk in 2003.  More information is on PMC Website. 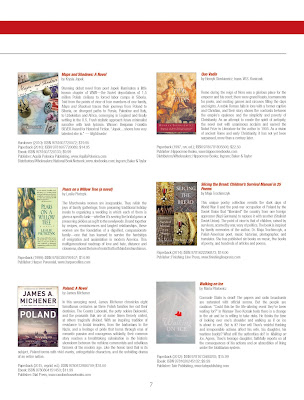 The eight' page in the section on Fiction, Literature and Poetry includes Slicing the Bread: Children's Survival Manual in 25 Poems by Maja Trochimczyk, published in 2014 by the Finishing Line Press.
More information can be found here, and the book can be ordered from the publisher
or from Amazon.com. 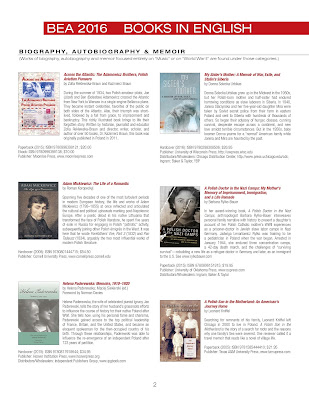 Right on the first page of the book list, heading the section on Biography, Autobiography and Memoir, is the biography of Joseph and Ben Adamowicz, Polish pilots who crossed the Altantic in 1934, as the first Poles to do so (in Northern Atlantic, from New York to Warsaw). The study Across The Atlantic: The Adamowicz Brothers, Polish Aviation Pioneers, by Zofia Reklewska-Braun and Kazimierz Braun was published in 2015. It can be ordered here:
ISBN 978-0-9963981-2-1, paperback, ISBN 978-0-9963981-3-8, e-Book (ePub format). 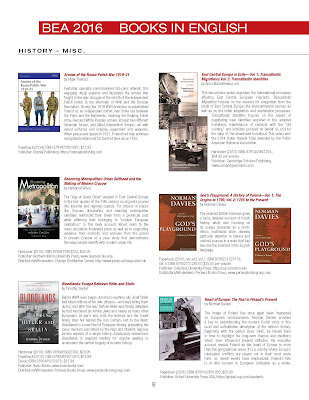 A section on History on page 8 features East Central Europe in Exile, a two volume set edited by Anna Mazurkiewicz and issued by the Cambridge Publishers in 2013, with an article on Polish emigre composers in America by Maja Trochimczyk found in Volume 1, Transatlantic Migrations).
This book can be ordered on Amazon.

The catalog featured many other worthy books, including several Paderewski titles, and other biographical and historical texts, thanks to the efforts of Aquila Polonica in publicizing books in English about Polish and Polish American subjects.
Posted by Maja Trochimczyk at 3:08 PM 4 comments: