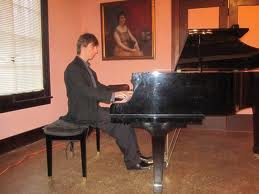 When I first saw Polish pianist Wojciech Kocyan on the concert stage about twenty years ago, I felt he looked just like Fryderyk Chopin: frail, with longish dark-blond hair, sensitive, and sophisticated. Here was a pianist with great emotional and musical intelligence, a refined technique, and subdued charm. He excelled in the Mazurkas, but was equally fascinating in the repertoire of Debussy, Ravel and Skryabin. I felt that his well-thought out large-scale musical structures and his attention to expressive and textural detail made him a "pianist's pianist" - like Chopin himself who was thriving in salons of the aristocracy but abhorred crass and vulgar behaviors of the general public.

Over the years, I have invited Kocyan several times to play for events I organized, and I was always delighted with the charm and virtuosity he shared with his listeners, helping us make new discoveries even in well-known pieces. One outstanding appearance was not at a concert at all: Kocyan agreed to play a number of Chopin's compositions in-between readings of poetry from the anthology Chopin with Cherries. 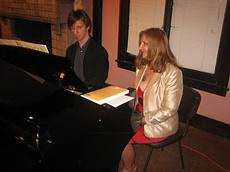 The Ruskin Art Club event of May 2010 has remained in the memory of everyone in attendance. The fifteen or so poets who were present inspired the pianist and the pianist inspired the poets. Magic was in the air. In the elegant, old-fashioned interior of the Ruskin Art Club (a Los Angeles cultural landmark with over 120 years of history), we found ourselves in a 19th century salon. The interplay of profound, nostalgic, and romantic music with the spoken word remains unforgettable.

On Friday, March 9, 2012, we had an opportunity to witness another unforgettable event centering on Mr. Kocyan. His Faculty Recital at Loyola Marymount University's Murphy Recital Hall was a feast of music-making that revealed to me a side of Kocyan's talent I did not know well. After listening to his monumental interpretations of Beethoven, Chopin, and Liszt I have looked for an appropriate adjective to capture my experience. The old-fashioned expression "a Titan of the keyboard" came to my mind - with its 19th century extravagance and uncanny accuracy. 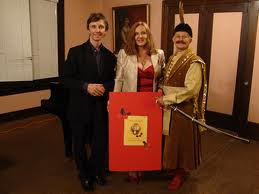 Kocyan's appearance on the stage is hardly "Titanic" - he seems frail and delicate, like Chopin, not Liszt (and now with short-cropped hair). Yet, this is how the music sounded to my ears - majestic, awe-inspiring, sublime. The program followed a trajectory from an early Beethoven Sonata (in E-flat Major, Op. 7), through Chopin's Barcarole Op. 60 and Concert Paraphrase of Verdi's Rigoletto by Liszt, to a culmination in the latter's composer's masterly Sonata in B minor. Kocyan found the right tone for the various movements of the "Grand Sonata" (one of the longest written by Beethoven, exceeded only by the "Hammerklavier"). His virtuosity and technical prowess were obvious from the start of the Allegro molto e con brio and quite prominent in the second Allegro. The delicacy of feeling and graceful phrasing in the final Rondo were exceeded only by the emotional depth and structural flow in the second movement, Largo, con gran espressione . His program notes identified this movement as one of the greatest in all music, "overwhelming in the simplicity of means and the depth of its message." 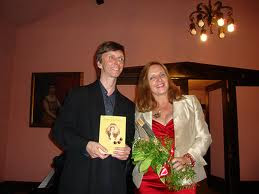 How would a simple gondolier's song, the Barcarolle, fit in this context? Surprise, surprise... in this most beloved Chopin's work, Kocyan revealed the "titanic" elements of Chopin's style that permeate many of his etudes, sonatas and scherzos. Under the pianist's fingers, the Barcarolle was neither sentimental, nor simplistic -he was able to structure the overall arch of dramatic flow of the music, reaching a climax of expressive passion. Having listened to a lot of nocturnes and mazurkas recenty (and just one astounding concerto, by Garrick Ohlsson with the Wroclaw Philharmonic Orchestra conducted by Krzysztof Kaspszyk in February 2012), I was thrilled by the raw emotional power coupled with Olympian clarity that Kocyan brought out from this piece.

As for Liszt, I never liked his "show-off" pieces of a three-ring-circus-master variety. The Rigoletto Concert Paraphrase certainly belongs among such magicians' tricks - pulling a rabbit out of a hat, or a complete orchestra out of a black-and-white keyboard. Kocyan's admirable technique was on display here - both in the velocity of his fingers, flying in a blur from end to end of the keyboard, and in the multiplicity of colors and textures he was able to create. The 19th century listeners had no recordings, no Ipods, no CDs, no music-in-the-cloud... After hearing an opera, they could experience it again only in transcription. Liszt's raised the bar of technical impossibility very high and shifted the attention away from the music or drama, towards the sheer mastery of the instrument.

I thought that this was the most difficult piece on the program, but Kocyan stated that the Sonata in B-minor was by far the most complicated and involved work that he had ever learned. And learn he did - the truly monumental (I'm running out of adjectives here) piece reaches the heights of elation when waves of sound wash over the whole concert all only to crush in the tragic darkness at the end. Kocyan deserves an award for the incomparable profundity of expression in rendering those dark chords more piercing and dramatic than any of the contrasts and upheavals that went on before it. Hopefully, the documentary recording will be made available. We are so lucky that music once played remains...

Born in Poland and a student of the legendary pedagogue Andrzej Jasinski (M.A. degree with the teacher of Krystian Zimerman) and the eminent John Perry at USC (DMA degree), Kocyan won his share of awards at piano competitions, including the Busoni, Fiotti, XI International Chopin Competition (special prize), and the Paderewski Piano Competition (first prize). He is notably at home in the recording studio and issued many CDs, on the Dux label. 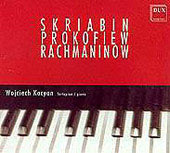 In 2007, the Gramophone magazine chose his recording of Prokofiev, Scriabin and Rachmaninoff as one of 50 best classical recordings ever made. The Gramophone web site includes the following recommendation about Kocyan's Dux CD (no. 0389) with sonatas by Prokofiev and Skryabin, as well as Rachmaninoff's preludes:

"Small label and unknown pianist deliver world-class artistry and first-rate engineering. Wojciech Kocyan not only stands ground alongside Pollini, Ashkenazy and Richter, but he also offers original insights that totally serve the music. If you see this disc, grab it."


Kocyan currently serves as the Professor of Piano at Loyola Marymount University and Artistic Director for the Paderewski Music Society in Los Angeles. His students are lucky, indeed... and so are his listeners. By the way, I had a close look at Kocyan's miraculous hands when turning pages for him at the Ruskin Art Club. I did not take any pictures this time, so all the illustrations are from 2010.

Photos from An Evening of Poetry and Music - Chopin with Cherries reading at the Ruskin Art Club, May 2010. Kocyan at the piano, with Maja Trochimczyk and choreographer Edward Hoffman.