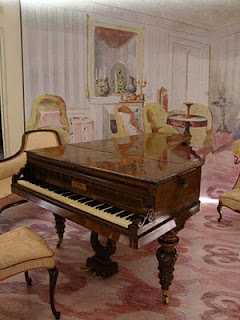 The association of Chopin's music with romance and love stories of all sorts is so profound that it is hard to imagine how mundane and trivial many of his own letters really were. He poured his heart in his music, and did not have to do it on the page. Instead, his letters are dedicated to ordinary matters, an equivalent of email or text messages of our times.

In April I posted here an article about Chopin's letters. Excerpts are included below, to celebrate Valentine's day with Chopin. For this, we need some Valentine Day's music, so let us start with some links:

Posted by Maja Trochimczyk at 8:19 PM