Was Chopin born on March 1 or February 22? According to the biography on the website of the National Chopin Institute in Poland (NIFC.pl), we will never know. The official entry is for March 1 and NIFC biography (http://en.chopin.nifc.pl/chopin/life/calendar/year/1810) states the following:

"The question of the date on which Fryderyk Franciszek Chopin entered the world has never been satisfactorily resolved: according to his own written testimony –  1 March; according to the official entry in the baptismal register of Brochów parish church – 22 February. The place of birth is beyond dispute: Żelazowa Wola, a Mazovian village lying on the River Utrata, close to the Kampinos Forest, 54 kilometres west of Warsaw, belonging at that time to the family of Count Skarbek."

"His father, Mikołaj (1771–1844), 'the lawful son of Franciszek Chopin, wheelwright, and Małgorzata Delfin, his wife', born in Marainville (Lorraine), had resided in Poland since 1787. He is known to have taken part in the Kościuszko Rising. He became Polonised, and discharged the functions of governor, first to the Łączyński family, then to the Skarbeks. Fryderyk held his father in respect and esteem, and his death caused him considerable grief. His mother, Tekla Justyna (1782–1861), 'born of noble parents: Antonina (nee Kołomińska) and Jakub Krzyżanowski, lawful spouses', in Długie, in the Kujawy region, was raised as an orphan (a distant relative?) by the Skarbek family, with whom she resided."

"The wedding of Justyna and Mikołaj took place in 1806, in Brochów. Their first child, three years older than Fryderyk, was his sister Ludwika (1807–1855), later Jędrzejewiczowa, who displayed considerable musical and literary talents; she would care for him and watch over him all her life."

23 April was the date of Chopin's baptism in the church of St Roch in Brochów, near Sochaczew. Chosen as godparents were Anna Skarbek, later Wiesiołowska, of Strzyżew, and Fryderyk Skarbek, a pupil of Mikołaj Chopin, a future scholar and writer."

Now that we know what happened, we can celebrate in concerts - here's information for the West Coast. Other concerts are listed on the website of NIFC 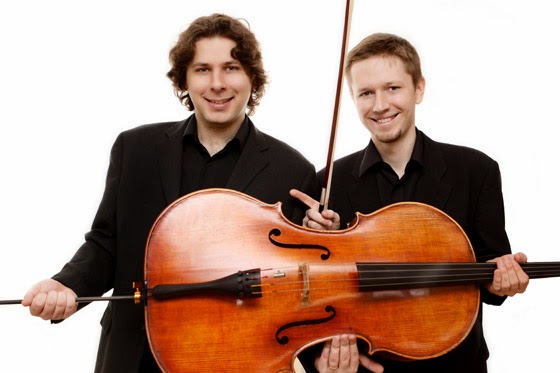 USC’s Polish Music Center kicks off its 30th Anniversary season with a concert by the acclaimed Cracow Duo in a recital of works for cello and piano by Polish composers. The program includes a world premiere by Tomasz J. Opałka and an American premiere by Krzysztof Meyer, as well as works by Frederic Chopin, Alexandre Tansman and more 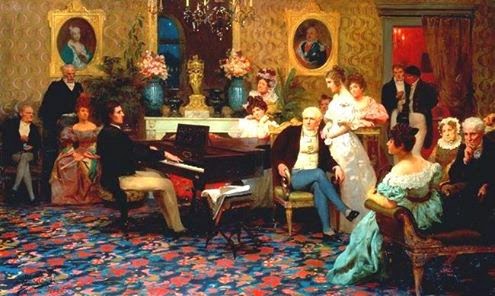 Frédéric François Chopin was born between the 22nd of February and 1st of March 1810 - different sources cite different dates. We choose to celebrate his birthday on Feb. 28 with music dance and more! Since Chopin was a child prodigy, we invited some VERY young pianists - along with seasoned artists, to celebrate with us. Birthday cake included!
Tickets: Regular: $15.00; senior, student, PLBA members: $10.00
on line: http://fredbirthday.bpt.me.

Venetian Love Songs - Barcarolles by Chopin and Szymanowska (Vol. 6, No. 2)

First there was Venice,.. 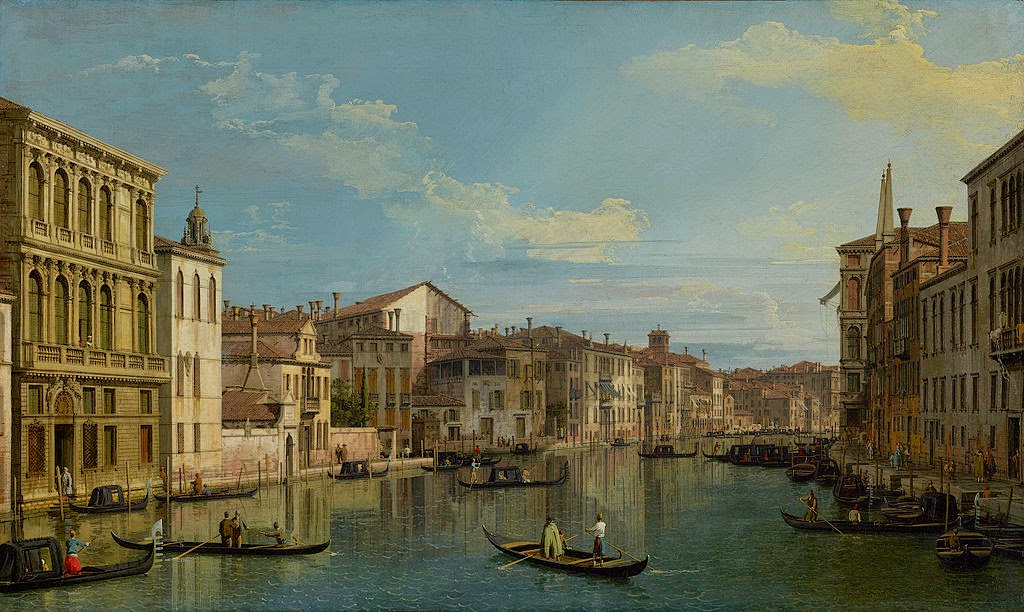 ... and then there was the most exquisite of love's songs, permeated with the lilting motion of the gondolas on the canals in Venice: Chopin's Barcarolle...


In the introduction to Chopin's Op. 60 (in F-sharp Major, composed in 1845-6), Prof. Mieczyslaw Tomaszewski calls it "a work that intoxicates with the beauty of its sound and thrills with its seethingly ardent expression."  As the case should be for a piece both searing and soaring, the Barcarolle evoked a whole range of nearly ecstatic descriptions from typically rather somber scholars. Tomaszewski himself wrote:

Musicologist Hugo Leichtentritt called it "a work of bewildering beauty;" Marceli Szulc heard in the music "a duet between a couple of lovers – threatened for a moment by death." Writer Andre Gide was attunted to its "languor in excessive joy." A fellow composer, Maurice Ravel found it to be “the synthesis of the expressive and sumptuous art of this great Slav.”

Chopin was well aware of the barcarolle as a genre, primarily from the operas of Rossini (Guillaume Tell, and Daniel Auber (Fra Diavolo), but also from its rendition by Mendelssohn in his Songs without Words. Yet, his take is thoroughly different and completely modern, especially in its seemingly pointless wondering, loss of continuity, and suspensions of musical narrative at the end of the central section.  This is one of the most sublime moments in all pianistic repertoire. It occurs deep in the piece, where the score is marked with "dolce sfogato" - a rare Italian expression, "sweet like a breeze" - that has not been known to grace the pages of other compositions. He reaches the boundaries of atonality in this prophetic moment of timelessness.

The overall formal scheme is traditional for a nocturne: ABA' song-form, with the main sections in F-sharp Major and the central episode in A Major and a prominent 12/8 lilt. This is music overflowing with light - reflections, waves, interference, brief, passing shadows and a myriad of stars scattered on the water at midnight...

The Fryderyk Chopin National Institute in Poland (NIFC) selected a recording by Tatiana Shebanova, that fully modernizes the Barcarolle, emphasizing is modernist discontinuities, interruptions and irruptions, while sustaining an overall tone of  melancholy mixed with passion.

There are many other interpretations of this sublime piece of music. Five are gathered in one YouTube post by a music lover, Ashish Xiangyi Kumar: Pollini, Zimerman, Kissin, Argerich.... (I wish he skipped Horowitz...). Over 40 minutes of otherworldly romanticism. A perfect gift for St. Valentine's Day, especially for musicians: the recording is accompanied by the score.

As Kumar writes, placing the recordings in a chronological order:

00:00 -- Pollini (Warm and lyrical. He has a reputation for technicality and coldness that is not deserved.)
08:37 -- Zimerman (Hushed and worshipful, occasionally rising to majesty)
17:30 -- Kissin (Tender and surprisingly meditative)
26:23 -- Horowitz (Scriabinesque, aching, enigmatic, some nice voicing)
35:21 -- Argerich (Intimate, and as you would expect, relatively free and occasionally tempestuous.)

Listen for yourself. And let the music take you to the breathtakingly beautiful and melancholy canal-streets of Venice - that Chopin never visited himself... Here's the gift of

As an encore, let us turn to another Barcarolle, far less known and much smaller in size:


Maria Szymanowska wrote her Barcarolle as a farewell gift to the poet Adam Mickiewicz on the day of his departure from St. Petersburg, in May of 1829.  He left for Paris, banished from his temporary residence in Russia, destined for exile until his death 25 years later. She gave him recommendation letters to famous poets and influential nobility that earlier delighted with her performances.

The work has never been published and was preserved only in manuscript. Elisabeth Zapolska-Chapelle, President of the Société Maria Szymanowska, Paris, France, provided a copy of the sheet music of this unknown composition to pianist Slawomir Dobrzanski, a Szymanowska specialist. This is a live recording from October 11, 2014, his concert in Paris.

Szymanowska's Barcarolle is just a violet, compared with the glorious bouquet of velvety red roses blossoming in Chopin's... still both are welcome in the perennial world of Valentines: 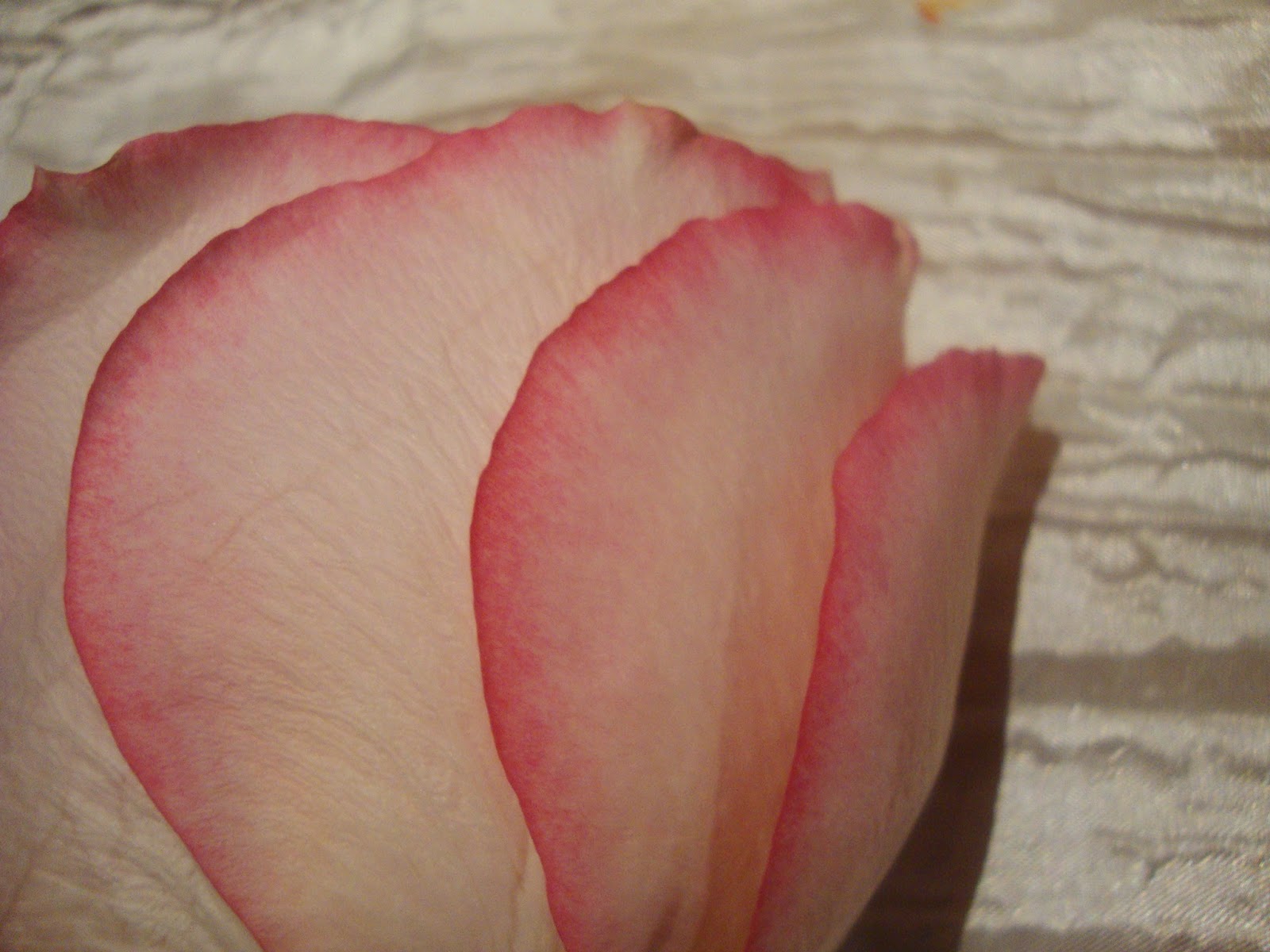 Posted by Maja Trochimczyk at 10:20 PM No comments: