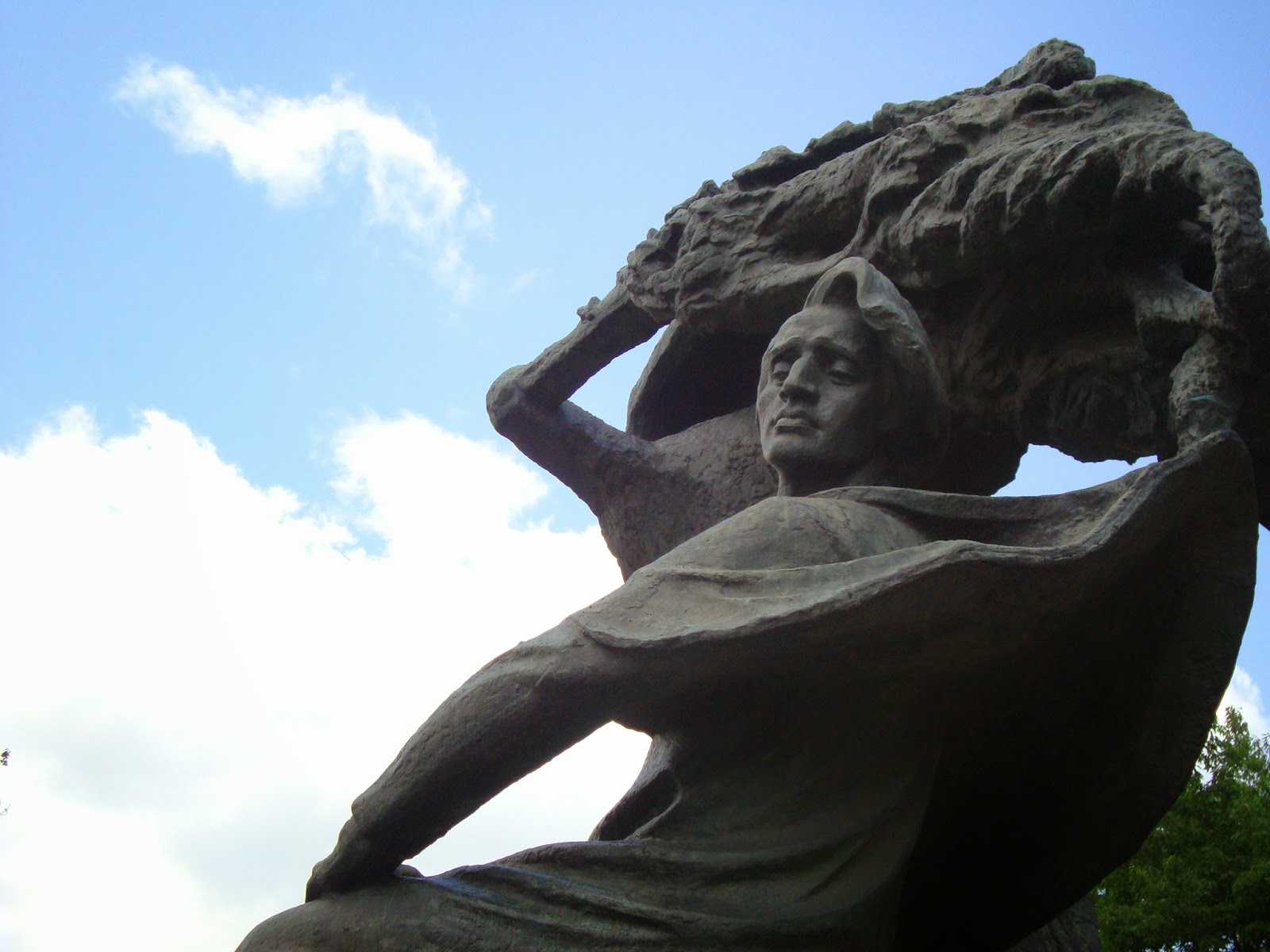 The poet disappeared, the music historian took over - I spent the last two months, all my free time outside of work (almost all, with some exceptions for family and friends) editing the second version of William Smialek's Chopin: Research and Information Guide, first issued by Routledge in 1999, and after 9 editions to 2006, in need for a major overhaul.  This is the fourth most popular book on Chopin in the world's libraries, owned by 972 libraries (the top three are biographies by Arthur Hedley, James Huneker and Herbert Weinstock). A new edition with current research information will be extremely useful to scholars.   See OCLC WorldCat Identities:

I do not know what the cover will be like, but I know that the book will be essential for all starting their research projects about Chopin's life, music, reception, portraits, or poetry. The revised Guide has over 1000 book entries and lots of information organized into six chapters, from Researching Chopin, to Reception and Peformance Studies, with Letters, Biographies, Manuscript and Editions, Studies of Works in between. The book will include an updated Calendar of Life and a List of Works.

Look for it, when it is finally ready. In the meantime, enjoy some Chopin. Listen to the astounding version of my current Chopin favorite, the Berceuse, Op. 57, with its totally insane flights of harmony into realms from out of this world... Starts from the tranquility of midnight with stars in indigo sky and flies off into realms beyond... Listen to the "Real Chopin" recording on the website of the National Fryderyk Chopin Institute in Warsaw. Tatiana Shebanova is my personal favorite!

Composed in the summer of 1843 and dedicated to Chopin's student Elise Gavard, the work was among Chopin's favorites to play in concerts, and also has a following among contemporary pianists.

Mieczyslaw Tomaszewski, who wrote the essay on the Berceuse for the NIFC Website, cites two experts, whose names and books are to be found in our Chopin Guide.

Polish musicologist, Zdzisław Jachimecki, described the flow of the work, a set of variations on a theme, originally called Variants:

‘At first the melody of the Berceuse shows itself in its entirety. It is joined by the middle voice, which with its syncopations banters with the theme [bars 7–10]. Subsequently, the theme sounds solely in grace notes [bars 15–18]. Finally, it is pulverised into some luminous dust, transformed into a volatile state of almost immaterial little passages, trills and fioriture [bars 44–46]. Then (in the ending) it returns in its original form [bars 63–66]’.

British Chopin expert, author of the most popular book about Chopin in the world, Arthur Hedley, wrote the following:

‘The Berceuse is one of those happy inspirations which can never be repeated. A rocking ostinato bass, a short melodic phrase dissolving into sixteen variations – and there we have the cradle-song to discourage any one from attempting to write another.’
Posted by Maja Trochimczyk at 2:19 PM No comments: