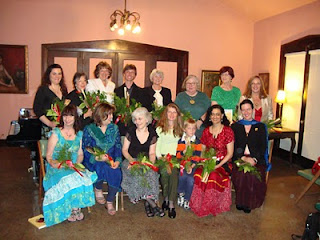 Time to hear Chopin and poetry again! The next reading from Chopin with Cherries is scheduled for Sunday, September 12, 2010, 3 p.m. at Beyond Baroque Literary Arts Center, 681 Venice Boulevard, Venice, CA 90291-4805. Admission, benefiting Beyond Baroque, is $7.00 for general public and $5.00 for Beyond Baroque members. For driving directions and more information about BB, visit the website: www.beyondbaroque.org.

The following poets are scheduled to read their contributions to the anthology:

Everyone knows that Chopin wrote almost exclusively for the piano, but our event will feature another instrument that was favored by his father, Nicolas Chopin: the flute. Moreover, we will hear actual 19th century flutes, a French one, made of crystal glass, and an English one, made of ivory. These rare instruments belong to a private flute collection of Rick Wilson.

He will use a seven-key crystal glass flute by Claude Laurent (Paris, 1834) to play the following two sets of variations:

"The composer of the Fantaisie, Jules Demersseman (1833-1866), was born in The Netherlands but began study at the Paris Conservatoire at the age of 12. He was considered the best flutist in Paris and actually was appointed as the flute professor at the Conservatoire briefly ca.1860 before being forced out because he would not adopt or teach the new Boehm-system flutes."

Another group of Chopin's pieces consists of 19th century transcriptions of his piano compositions for the flute:

Rick Wilson will use an eight-key ivory flute by J. & W. Wainwright, London,
ca. 1830, for these pieces (the flute is the third from the top in the photograph, from www.oldflutes.com).

These rare instruments, crystal glass and ivory, will add to the unique character of our history-making event. Dr. Wilson, a noted expert on historical flutes, explains:

"In the first half of the 19th century, the vast majority of flutes were made of wood. But ivory flutes, though expensive and made in far fewer numbers, were not rare. Glass flutes were only made between 1806 and 1857, by Claude Laurent and his successor, in Paris. These were not mere novelties, but state-of-the-art flutes of their time. Laurent flutes were owned e.g. by Napoleon and his brothers, James Madison (4th president), and Franz I of Austria. Over 100 are known to survive today, but perhaps 75% are in museums and cannot be heard."

Those who will spend the afternoon of September 12 at Beyond Baroque, Venice, will be able to hear these flutes and enjoy the romantic music and contemporary poetry inspired by the timeless oeuvre of Fryderyk Chopin.

Chopin in Transcription at Disney Hall (Vol. 1, No. 7)

On July 24, IPalpiti Orchestra, conducted by Eduard Schmieder, gave the gala concert of the 13th Festival of International Laureates at Disney Hall in Los Angeles. I have attended their galas practically since the group's inception and consider their annual festivals to be the most enjoyable musical events of our summers. Under the skillful guidance of Young Musicians International's Executive Director, Laura Schmieder, and with the support of a faithful, dedicated and generous Board of Directors, the Festival grew from its humble beginnings to the present stature, bringing music to many venues throughout the region, including, besides the Disney Hall, Beverly Hills Library, Mount St. Mary College, Greystone Mansion, LACMA (and KUSC radio broadcasts), and elegant mansions in Rolling Hills Estates or Beverly Hills.

The ensemble consists of young winners of music competitions from around the world. Their different nationalities are recognized by the flags of their countries hanging above the stage; this year I counted 19 flags. Many post-Soviet republics are represented, along with various European and Asian nations. One could say that the orchestra is really international, it is also truly young at heart, in the best meaning of this term. The zeal and youthful intensity of their interpretations is coupled with impeccable technique and musicality. These characteristics also apply to Maestro Schmieder, whose dignified demeanor and sober countenance (my friend observed: "Is he angry at them?") hide his playful wit, considerable musical intelligence, and profound romanticism.

The program of the evening was as follows:


It is always a joy to hear the wealth of detail, impeccably rendered under Mr. Schmieder's baton by the skillful virtuosi, all of them first-rate soloists and chamber musicians. This year, while celebrating the 200th anniversary of Chopin's birth, we heard two Chopin treats: an original transcription of his Piano Concerto in E minor for string orchestra without winds, based on parts found in Warsaw, and presenting the work as it might have been hears during Chopin's life, and a memorial work by a young composer, Ronald Royer, who wrote a contemplative reflection on Chopin's last nocturne. 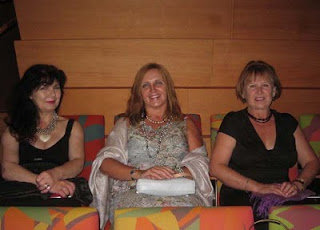 The soloist, Luiza Borac, delighted the audience as she "provided Chopin’s concerto with refinement, eloquence and no over-indulgence of display" - to cite the Los Angeles Times's music critic Mark Swed(from his July 25 review, "iPalpiti crosses L.A.'s cultural divide at Disney"). However, the small size of the orchestra and the notable absence of winds in the slow movement, Romance (where they provide some of the most touching melodies), have resulted in a polished, yet reserved interpretation, something for the mind, not for the heart. I was thinking of the crystalline facets of a well-cut emerald or ruby: brilliant, sparkling and cold.

The elegance of Borac's playing left me longing for something more rough and emotional especially in the last movement. The expressive range of the Rondo Vivace should have had something of the Polish folklore that inspired Chopin, some harshness, impetuousness, and strength of accents. Chopin's orchestration in this concerto includes also pairs of flutes, oboes, clarinets, and bassoons, 4 horns, 2 trumpets, tenor trombone, and timpani. Maestro Schmieder's decision to remove the winds and percussion as a stylistic experiment in going to the historical roots, while laudable for its boldness and his expertise, trimmed feathers off the music's wings. I thought of a photograph or a painting of a three-dimensional sculpture: while still giving an idea of what it was, the image flattens the original into a new, two-dimensional medium. And so it was with Chopin. While the composer's use of the orchestra had been criticized in the past, scholars have reached a consensus that he knew what he was doing when featuring individual instruments sparingly, for special interpretative effects.

Nonetheless, over the last two centuries there have been numerous transcriptions of this work, including versions for string quintet or a chamber orchestra with an assortment of winds; Schmieder's interpretation returns to the early performances with a string quintet of solo instruments (not a small orchestra) in Warsaw salons. Scholars Halina Golberg in the U.S. and Barbara Literska in Poland focused on the analysis of these transcriptions in their respective cultural contexts. Prof. Goldberg's book on Music in Chopin's Warsaw (Oxford University Press, 2008), and her earlier article on "Chopin in Warsaw's Salons" (1999, Polish Music Journal online) highlight aspects of Chopin's performance practice that have since been forgotten. When played in Warsaw's salons, the concerto would not feature a full orchestra for obvious logistical reasons. 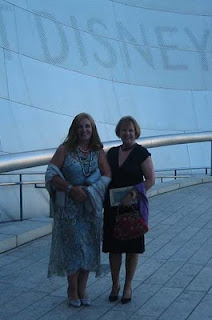 While ambivalent about the transcription itself, I admired the nuanced and polished interpretation that resulted. I also shared Mark Swed's fascination with Borac's interpretation of Chopin. However, my opinion of the second soloist of the evening, cellist Julius Berger, was radically different. Schumann's Cello Concerto is heaving with romantic passion and Julius Berger was able to fully capture and express the soaring lyricism and fluid emotionalism of the score. His rich, golden tone suffused the hall with a glow of such beauty that the audience was spellbound; you could not hear a sound from the listeners, often willing and willful contributors of various rustling noises, coughs, and whispers...

Maybe it was the 1566 Amati cello, an antique instrument of incredible saturation and sweetness of tone. Maybe it was Berger's ability to bring out the treasures hidden in the music that others have forgotten. The music was luminous, transcendent. "Beauty is in the eye of the beholder" they say, or "in the ear and mind of the listener" we should add. Swed noticed only that the cellist "lost himself in the music" and that he "went in for interpretive extremes. When fast, he was very fast and displayed a tight tone. When slow, he was very slow, soaking in liquid, vibrato-laden expression." At times, when people discuss what they heard, it may seem they attended two different concerts. It was crucial, though, to listen with eyes closed. Expressivity aside, I much prefer a reserved stage presentation to Berger's vivid persona.

In any case, hearing Chopin's concerto in an elegant and nuanced strings-only version and Schumann's concerto luxuriating with the aural delights of romanticism at its best, reminded me of Ruth Nolan's masterly poem Concerto No. 1, in E minor on Highway 111, Palm Springs. Nolan heard the Chopin concerto on the car stereo while driving through the desert and an abundance of youthful memories ensued:

"Caressed, by the windy desert mid-night,
tickling your hair as you lean
your head against the open window
tantalizes your imagination, you are 12 again
and your hands, together, devour the major
and minor keys until you are one
with the dark void, foot pressing down,
long chords that will linger into dawn"

The final image of Nolan's poem (published in the anthology Chopin with Cherries) remains with the readers, resonating in their memories:

"Styled by elegance of motion, staccato, fortissimo
cresting on the car stereo as you leapfrog
between the lines on the highway
between the spaces of darkness and sound,
blown across the sand dunes into magnificence"

Chopin's music - heard, played, experienced - echoes in the memory with an untold magnificence, withstanding the test of time.