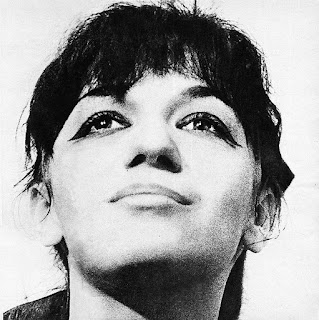 Do you know the Grande Valse Brillante? The original magical waltz by Chopin? Here's a recording by Valentina Lisitza, thankfully without any ads to ruin the experience... https://www.youtube.com/watch?v=laSh3D_77ZM

One listener commented on YouTube: "Most contemporary pianists, unfortunately play Chopin's music to fast,the essence of harmony gets diffused by the clatter of the keyboard's action,Valentina in this video plays a very moderate and appropriate tempo for this piece,that demonstrates the cheer elegance of this composition,sensible approach from this pianist,a very enjoyable experience!"


Another listener remembered that "For me it all started as a very young kid watching a Tom & Jerry episode where this lovely piece of piano masterpiece is included, and 27 years later hearing this again is just magnificent. A firm favorite."

National Chopin Institute in Poland posts the following introduction to this work, dedicated to Laura Horsford, and composed in 1833, two years after  Chopin's arrival in Paris. There are three mansucripts and three different published versions of Op. 18. Chopin was known to make changes when preparing a publication in a different country. Schlesinger published the French edition, Breitkopf & Härtel the German one, and Wessel & Co. issued the Waltz in England. 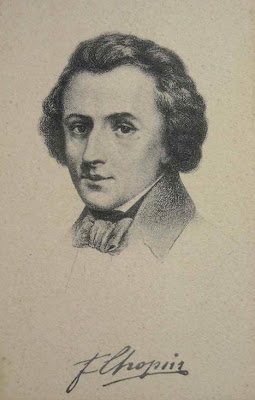 "The Waltz in E flat major, published as opus 18, is of a profoundly Parisian character, not of the sentimental Viennese variety. It shimmers with the gaiety of elegant society. It was written – ostensibly – in a form consisting of a succession of dance themes – now alike, now incongruous. In essence, however, it is an integral whole, in which one theme passes imperceptibly into another, ends, then returns, building up the drama in grand style. ‘It is a true ballroom picture,’ notes Huneker, ‘spirited and infectious in rhythms.’

Each of the dance themes (there are seven in all) brings a different melodic character and dance motion. The way is led by the opening theme in E flat major, consolidating the rotary waltz step in a distinctive manner (bars 5–16). It is followed by a little theme in A flat major, lively and scherzotic, which acts as a vignette (bars 22–30). The theme in D flat major brings our first breather, a switch from rotary to rocking movement, from leaping to singing (bars 70–78). It also has its lively opposite (bars 86–95). A new singing theme appears, taking the dance to ecstatic raptures (bars 118–134). Its complement is in the purest brillant style: the lively melody is bejewelled with acciaccature (bars 136–144). Just before the end, we hear a fluent, undulating theme (in B flat minor), shrouded in sentimental mist (bars 169–177). The introduction to the E flat major Waltz, barely four bars long and exceedingly simple, was brought in to set the rhythm; it did not portend such an impressively elaborate finale, which is at once also the stretta of the themes presented earlier (bars 243–270).

The dedicatee of the Waltz in E flat major, the first of the Parisian waltzes, is one of Chopin’s pupils, Miss Laura Horsford, sister of Emma, to whom Chopin dedicated another work: the Variations, Op. 12. The edition, most aptly, carries the title Grande Valse Brillante. Huneker perspicaciously wrote of Chopin’s Parisian waltzes: ‘There is a high-bred reserve despite their intoxication’. The reviewer of the Gazette musicale de Paris summarised his opinion as follows: ‘Although particularly suitable for dancing, this waltz is among the most brillantes, and it deserves to hasten its way onto pianos whose rests are not in the least bit accustomed to holding vulgar music.’ Schumann went a step further: ‘It should be danced, at the very least, by countesses’.

An entirely different interpretation in poetry and music is a poem by Julian Tuwim, set to music by Zygmunt Konieczny and performed by Ewa Demarczyk. Known as "Grande Valse Brillante" the text is a fragment of "Kwiaty Polskie"  - a long and angry poem by a young, poor Polish-Jewish poet protesting the injustices of the world, and the unfaihtfulness of his would-be bride, seduced by the glitter of money. It is not a pretty picture, not a charming, elegant, salon romance. It is the fury and frenzy of a jilted lover... Would Chopin approve? Probably not...

But Tuwim's Polish text has been reversed to become Demarczyk's song: in his version the "I" is the poor poet with holes in his shoes and pennies in his pockets who asks his beloved if she remembers dancing with him. In the song it is the woman who asks the question of her lover, "do you remember me?" With this reversal the irony of the poem becomes a humiliation by a triumphant and unfaithful femme fatale who abandoned him for riches of a banker and the luxuries that money can buy... In any version, the anger, nay, rage of the abandoned man is palpable. But when you listen to Demarczyk, you do not think of the meaning of the words at all. It all becomes a frenzy of dancing, an amazing whirlwind of sound and movement. The music by Konieczny, the passionate, intense interpretation by Demarczyk - yes, to this Chopin would have said yes, even though this piece has no trace of his music. Yet, there is sorrow, there is passion, there is love...

I - vodka after vodka in the buffet -
Look around the wood-paneled room -
And my heart is pounding.
Drunk.
(Do you remember?)
Orchestra
Slowly
Falls
Into silence
And tells us
That soon
(Do you remember how with you ...?)
My eyes already
Found your eyes,
I'm coming -
Stumbling along the way -
Soon
In a moment…
(Do you remember how I danced with you ...?)
I approach
On my toes
And suddenly
Overhead
Thundering
Waltz
I'm kidnapping you - for life and death - for dancing
Grande Valse Brillante

Do you remember how I danced the waltz with you,
Miss Madonna, the legend of these years?
Do you remember how the world went to dance,
The whole world, that fell into my arms?
Terrified blasphemer,
I embraced, with my whole heart
Flowering, hidden, these two,
Hovering hot,
United in breath,
Like all you, in conjecture and mist.
And these two over two,
What they are, but they are gone,
For they're covered with lashes and down,
As if they were there
And they caressed with the blue,
The one, the other one, half and half.
Thundering of strings and trumpets
Circles grow in the rapture of hands,
Holding waist tighter and tighter
With greedy arms that captures,
And holds  -  a blasphemy
Of a trembling hand on the bud
Trembling,
Bright suns of trumpets resound,
Encircling circles expand,
And rush back, speeding
Circular
Elliptical
Weaving
In dizziness, twirling like a whirlwind.

When I roll through the ceiling -
My nose touches the stars,
When I grind on the ground,
I pretend to be a strongman.
I strain my feeble muscles,
I flex my weak chest,
You will have an athlete
And a hussar for husband.

Exalted gibberish -
I'm muttering something,
You will have for a husband
A complete idiot.
You're listening, cool and distant,
A wonder-boy, jumping around
That you would have as a husband
A sophisticated celebrity.

And here, my leg got stuck,
A long splinter in the shoe-hole.
He has a hole in his shoe-sole
Your pretender of a husband.
But I pull it, jerk it, break it -
And now I am free, it is gone,
And I waltz, shuffling along
With a rolled back shoe-sole.

With a devilish grace,
Of Hungarian Csardas,
I twirl in devil's circles
With those damned soles,
I shake my patched pants,
I have a patch on my face,
Six kopecks in my pocket
And nothing else.

Fingers of my left hand,
Bravely move to the side,
To twirl between your fingers.
They find a ring.
They clamp like crab claws -
Though you scream, they squeeze tight!
Let it hurt you, the mean one,
Your ominous ring.

I will give you another ring:
I will wrap your beautiful neck
In my unhappiness even
Before your wedding.
I will tighten the loop of vengeance
Around this swan neck, this fragrance,
You will dance on the noose,
You, unfaithful Madonna.

The rope turns round, rises and tightens,
Your pretender husband-to-be dances wildly, like crazy,
And then, into this circle, the factory locust dances in,

Sir owner, proprietor, coach-owner, diamond-owner.
As if from the infernal pit, the fat ones pop out,
They take you away from me, they steal, these thieves, scammers,
Their plump paws will catch you - quick, into a knot, rope loop!
And you looped in a knot, the secret street of Berlin!

Heart now (have mercy, have mercy),
Echo now (love me, love),
Have mercy, forgive me, regret it,
Take me into a dark forest - and kiss me.
In a whisper now, a quiet persuasion,
Secret whisper, sorrow-mourning,
Flowing melody - slowing down -
I dance you into the forest, Madonna ...
A secret whisper
mourning
Do you remember,
How with you
I entered the dark forest of my life -
Do you remember how I danced with you
A waltz -
My dearest -
And the farthest -
And the farthest -
You danced with a stranger - with your husband ...
With your husband ... with that boy
And slowly
Into this forest
On your toes
A waltz ...

- And how behind us, a slithering serpent,
Moving in compression and expansion,
Hissing, eternal, invisible,
He slipped into a wooded forest,
With drunk foam rolling from the muzzle,
He - the hateful Fatal Reptile


What a strange poem. Hateful. I do not like it at all. I did not hear these words of hate, anger, hurt. These threats of murder. Somehow they are not audible or easily noticed in the beautiful, soaring melody of the song.

Here's the Polish original. It does not sound like the Demarczyk song, the ending especially is different. Somehow when she sings it, it becomes touching, compassionate, almost loving... 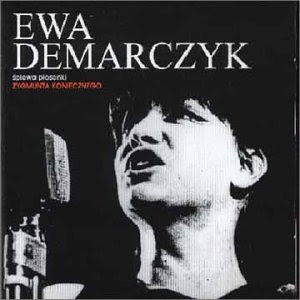 I remember listening to this song and the whole Demarczyk album over and over again in my teens, in our Polish apartment in Warsaw - on the tenth floor of a very ugly cement block with a square window where I watched clouds passing, while lying on my back, under the avalanche of Konieczny's music and the river of Demarczyk's passionate voice.... Other songs were my favorites, but the building frenzy and passion of the Grande Valse Brillante was irresistible, too.

I just heard it performed by a singer from the group "Sami Swoi" from Las Vegas (concert Qui Pro Quo at South Pasadena Library, organized by Helena Modjeska Art and Culture Club) and, surprisingly to myself, after all these years, I was able to sing along with her. "Do you remember...?" 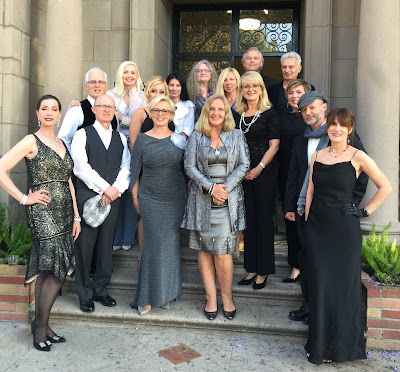 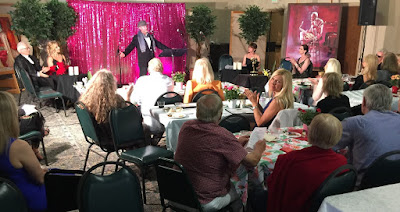 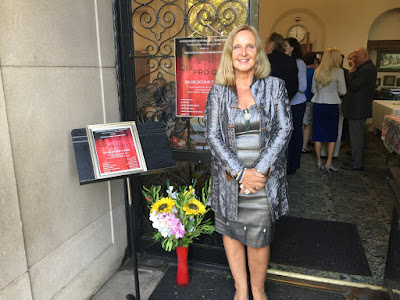