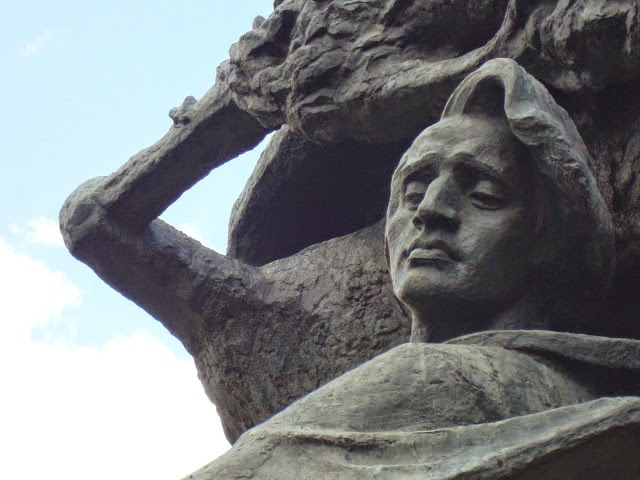 October 17, 2014 - the 165th anniversary of the death of Fryderyk Chopin. Is he really dead yet? Not now and not ever. When a hostile critic like the German poet Ludwig Rellstab (1799-1860), the editor of Berlin-based journal The Iris,  wanted to kill his reputation for too much novelty and creativity - breaking the rules was punishable by ridicule in his opinion - Chopin survived. When the Nazis banned Chopin concerts and dismantled his famous statue in the Lazienki Park in Warsaw, using the metal to make weapons - Chopin survived. Poles played in and attended clandestine Chopin recitals in private homes. The plans for the monument were hidden and used to rebuild the Waclaw Szymanowski's Art Nouveau fantasy in the 1950s. The concerts in the park by the reflective ponds take place every Sunday through the summer and fall. It is one of the attractions of Warsaw. Chopin - the survivor! 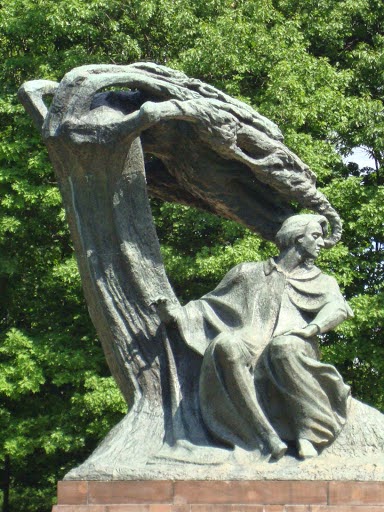 There is so much that has been discovered about his life, family, friends, and music in recent years. The 150th anniversary of his death in 1999, the 200th anniversary of his birth in 2010 gave rise to a large number of conferences and events around the world. Many books were published with proceedings of these congresses and conferences. New insights, new discoveries, new themes, new interpretations. I had a chance to review all this frantic activity while editing the Second Revised Edition of Frederic Chopin: A Research and Information Guide that will be published next year by Routlledge in New York. I'm a co-editor of this project with its original editor, William Smialek.

One of the most interesting discoveries  is the "Real Chopin" - of the CD series issued by the National Fryderyk Chopin Institute in Poland, with an astounding version of the Berceuse op. 57 by Tatyana Shebanova, as well as recordings by Nelson Goerner, Fou Ts'ung, Dang Thai Son, Marek Drewnowski, and others.  These recordings are all made on historical Pleyel and Erard pianos from Chopin's time. An Amazon.com reviewer wrote:

"The reason for 21 discs, and not fewer (as in some other Complete Chopin Edition's), is that there is some duplication of some pieces (played alternatively on either a Pleyel or an Erard). The most glaring of these duplications are the waltzes, played by Marek Drewnowski (Pleyel) (tracks 1-18) on one disc, and Tatiana Shebanova (Erard) (tracks 1-14, omitting the last few included by Drewnowski and ending instead with Ecossaises Op. 72, Barcarolle Op. 60 and Barceuse Op. 57) on another. Those wanting the Nocturnes or Mazurkas grouped together in self-standing programmes (as DG did in their edition) will be disappointed here. Instead what we get is one disc of Nocturnes (played nicely by Dang Thai Son on an Erard), the rest being interspersed elsewhere and played by other pianists. Complete, self-standing surveys of the Etudes, Preludes, Impromptus and Ballades however can be found, these discs being filled up with a few other pieces."

CHOPIN ON A PIANINO BY AYA OKUYAMA 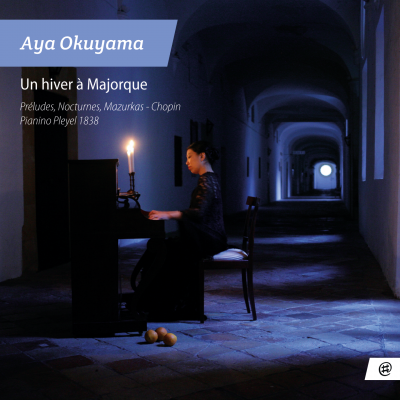 Grand pianos are not the only instruments that Chopin played. In fact, his apartments were often furnished with smaller upright pianos, "pianinos" - such as the one in the room he had in the Monastery in Valldemossa on Mallorca. He composed his Preludes Op. 28 on this instrument - a Pleyel pianino. How did that instrument sound like? Did its particular mechanism affect the texture and structure of the music?

These are all very interesting questions, and before finding all the answers you might as well listen to the music. The pianino was restored. Its twin, another Pleyel Pianino from 1838 was restored to full glory by Oliver Fadini and played by Japanese pianist Aya Okuyama. The result is an inspired and intriguing CD that makes Chopin's music sound really different from the grand, massive, voluminous, and uniform sonorities of the modern Steinways. The CD is released by Nomad Music in France.

It is also different from the percussive sounds of some historical recordings made on instruments with leather hammers that are too dry and make the sounds too harsh for what Chopin had in mind. But now, with the new recording being released we have to find life after death, new in the old...

Aya Okuyama, pianist and pianofortist, has a passion for historical instruments, especially those made by Pleyel between 1831 and 1849, during the "Chopin period". She applies herself to finding their "corps sonore" (sounding body) by approaching the game not as the adaptation of the language of the modern piano, but as a re-appropriation of ancient keyboards. By choosing excellent instruments, she rediscovers the original stamp of this great piano maker's choices: lightness of touch, depth and extreme sweetness of tone.

Regularly invited to give recitals and chamber music concerts, Aya plays all over Europe and in Japan. She has recorded works of J.N.Hummel with Solamente Naturali - Brilliant Classics - and recently pieces for piano by Lili Boulanger - NoMadMusic.

Aya Okuyama is a graduate of CNSMD Paris (1999) and CNR Paris (2002) in piano, pianoforte and chamber music.

Posted by Maja Trochimczyk at 8:11 PM No comments: