Did Chopin like roses?  I discussed this topic last year, on the occasion of Valentine's Day. A part of that essay is copied below.  And the answer is: "yes." 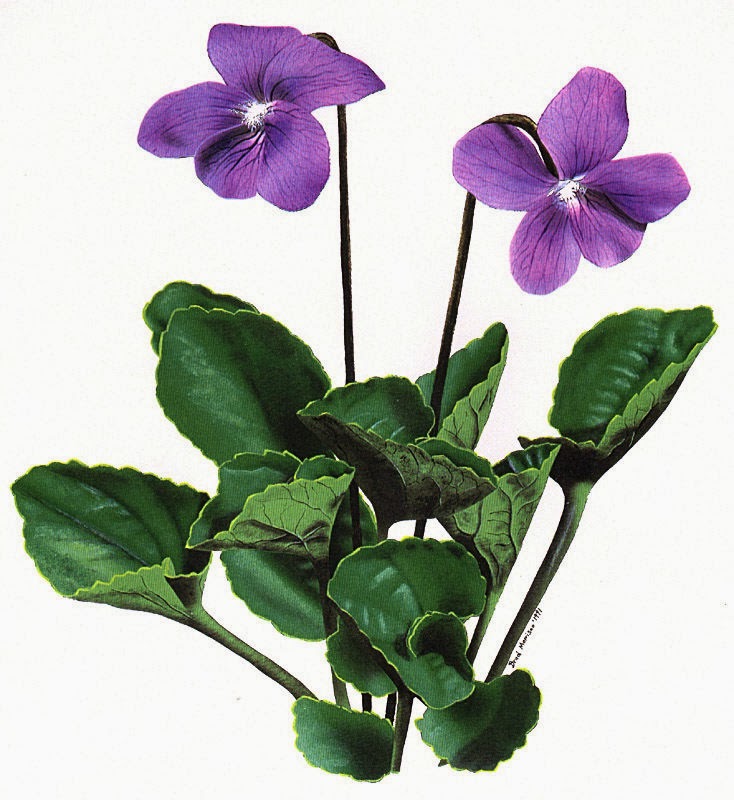 But one of his favorite scents was that of the violets. On 10 April 1847, Chopin wrote to George Sand in Nohant, their summer home where he had spent the happiest moments of his adult life:
"Here, everything is as it was at the time when you were leaving; there are no violets, no daffodils, no narcissus in the little garden.  Your flowers were taken away, the curtain were removed, that's all. I wish you happiness and good humor, please take care of yourself, please write a word about everything, if you can."
Tout est ici comme vous l'avez quitté, pas de violettes, pas de jonquilles, pas de narcisses dans le petit jardin. On a emporté vos fleurs, on a descendu vos rideaux, voilà tout. Soyez heureuse, bien disposée, soignez-vous et un petit mot de tout cela quand vous pourrez.

This was the year that their relationship ended, due to profound personal and artistic disagreements. After Aurore (George) left, even flowers were gone. After ten years of relative peace and comfort in the fragrant gardens and fresh air of Nohant, Chopin never returned to his favorite vacation spot. From then on, it took two and a half years to his death.
He tried to make do, rely on other friends to help him out. He went to England and Scotland for an ill-planned and designed tour of grand British and Scottish estates, in foul, cold weather, and horribly polluted London air. They did not have air refreshing aerosols and oils. Fresh flowers were the fragrance of choice that Chopin wished to have in his apartment. 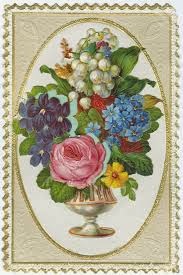 What did Chopin do with his hearbreak? Wrote more music, including the ethereal Waltz in C-sharp Minor, Op. 64, no. 2.  The ending disappears in think air, just like the smell of violets.


On 21 November 1848, while getting ready to return to Paris from London, exhausted after a long trip, and much sicker than he was before leaving, Chopin wrote to his friend, Wojciech Grzymala, a letter of instructions. He wanted his home to be fresh and comfortable, as he was sure he would not be leaving it any time soon.
"Please, make sure that sheets and pillows are dry. - Ask them to buy pine cones. - Mrs. Etienne should not be too economical, so that we could warm up after arriving. - I wrote to Derozierka. There should be rugs and curtains.  I will pay the upholsterer, Perrichet, immediately - also, tell Pleyel to send me whatever piano he can spare on Thursday evening; order it to be covered. - On Friday, order a bouquet of violets so that the parlor is fragrant - let me have some poetry at home, upon returning - while crossing the room to the bedroom - where I will surely lie down for a long time. - So on Friday in the middle of the day, I'm in Paris. - One more day here, and I'll go mad, not dead."
Proszę, każ, żeby prześcieradła i poduszki suche były. —Każ kupić szyszek — niech Pani Etienne nic nie szczędzi, żeby można się rozgrzać przyjechawszy. — Do Derozierki pisałem. Żeby dywany były i firanki.Perrichetowi, tapicerowi, zaraz zapłacę — nawet każ Pleyelowi, żeby mi byle jaki fortepian przysłał we czwartek wieczór; każ go przykryć. — Każ w piątek bukiet fiołkowy kupić, żeby w salonie pachniało — niech mam jeszcze trochę poezji u siebie wracając — przechodząc przez pokój do sypialnego — gdzie się pewno położę na długo. — Więc w piątek w środku dnia jestem w Paryżu. — Jeszcze dzień dłużej tutaj, a zwariuję, nie zdechnę.
It is the matter-of-fact tone of his letters, wry humor and irony that make Chopin's correspondence such an interesting book to read. There are over 600 letters on the site of National Fryderyk Chopin Institute in Poland; the specific orders and dates change, as new details are identified by scholars.
Since the topic of violets has not proven particularly cheerful, let's read a sweet love poem and then move on, to the eternal subject of roses.  If you need more love poetry, visit Moonrise Press Blog for links, books and poems:
http://moonrisepress.blogspot.com/2014/02/poetry-of-valentines-love-and-roses.html

I’ve never done so much
to destroy a love, yet it lives on,
lingers in the corners of my soul,
explodes like summer fire, joy ineffable

I’ve never seen so much beauty
in one body, outlined by a halo of grace,
smooth lover’s sweat at midnight,
bright morning sunrays, light invincible

I’ve never felt so much
desire, blinding me to all
but your heartbeat, the warm touch
of your strength, dangerous charm

I’ve never dreamed so much
of a happy future, two strangers
who share nothing, just surprise
at the unthinkable bliss of chance

I’ve never loved so much 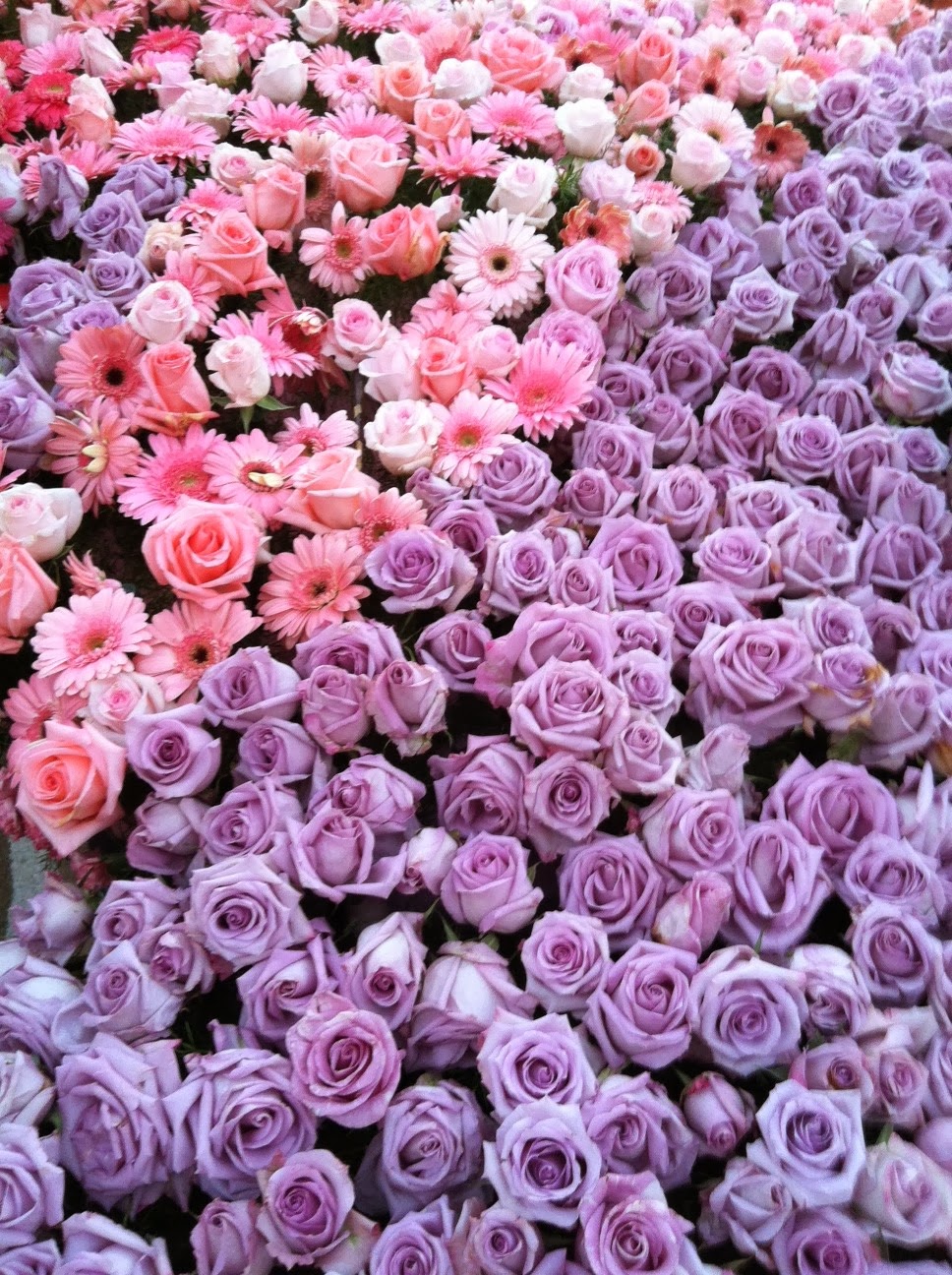 It takes courage and persistence to create a new rose. According to the gardening site Help Me Find (www.helpmefind.com), three rosarians had this courage as they strove to express the romantic beauty of Chopin’s music in their roses:
·                     In 1980, a Polish rosarian, Stanisław Zyła created a large, yellowish-white hybrid tea, with a warm, sunny center. Its ivory petals have the hue of old piano keys. This rose appears with three different names: Chopin, Frédéric Chopin and Fryderyk Chopin.

·                     In 2008, to honor the old-fashioned variety of Gallica/Provins (like the Anna Czartoryska rose), PirjoRautio created another “Chopin” rose, which was medium-large, with very large and very full blossoms. Its petals, described as “cherry-red with violet-red edges” had “cherry-red flecks,” they aged to violet. Like Old Garden Roses, this Chopin bloomed once, in late spring or summer. 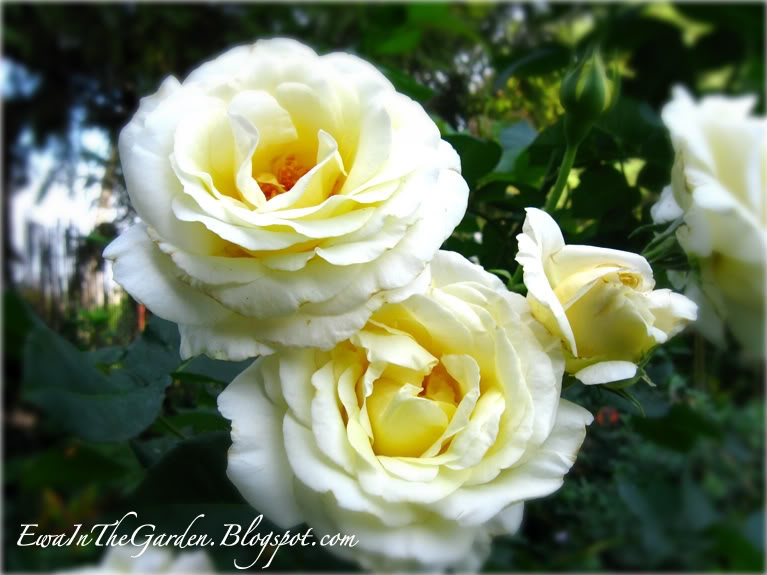 How does the rose named Anna Czartoryska look like? See below. According to rose historian, Yuta Arbatskaya, the rose “Anna Czartoryska” was created in 1845 by Jean Pierre Vibert (1777-1866), an expert rosarian and a wounded veteran of Napoleonic army, who received a rose collection with its records from another famous gardener, Jacques Louis Descemet (1761-1839). Descemet, in turn was forced off his land by the British troops and went to live in Russia; his rose will soon make an appearance.

As Arbatskaya writes, the Czartoryska rose belonged to the family of “Gallica/Provins.” It had red flowers with a violet tint, and full corollas of up to 40 petals. Unfortunately, this rose did not survive. It may have been similar to the rose reproduced below. With "magnificent purple-red semi-double" flowers the Provins roses (Rosa gallica) have earned the most unusual description by Thory (in Redouté's Les Roses): "The finely dentate, pointed leaflets grow on hispid leafstalks on which some glands and a few small hooked thorns may be seen, and which have at their base pointed, denticulate, glandulous bifid stipules. The penduncles of the flowers are hispid."  Yes, hispid, indeed... 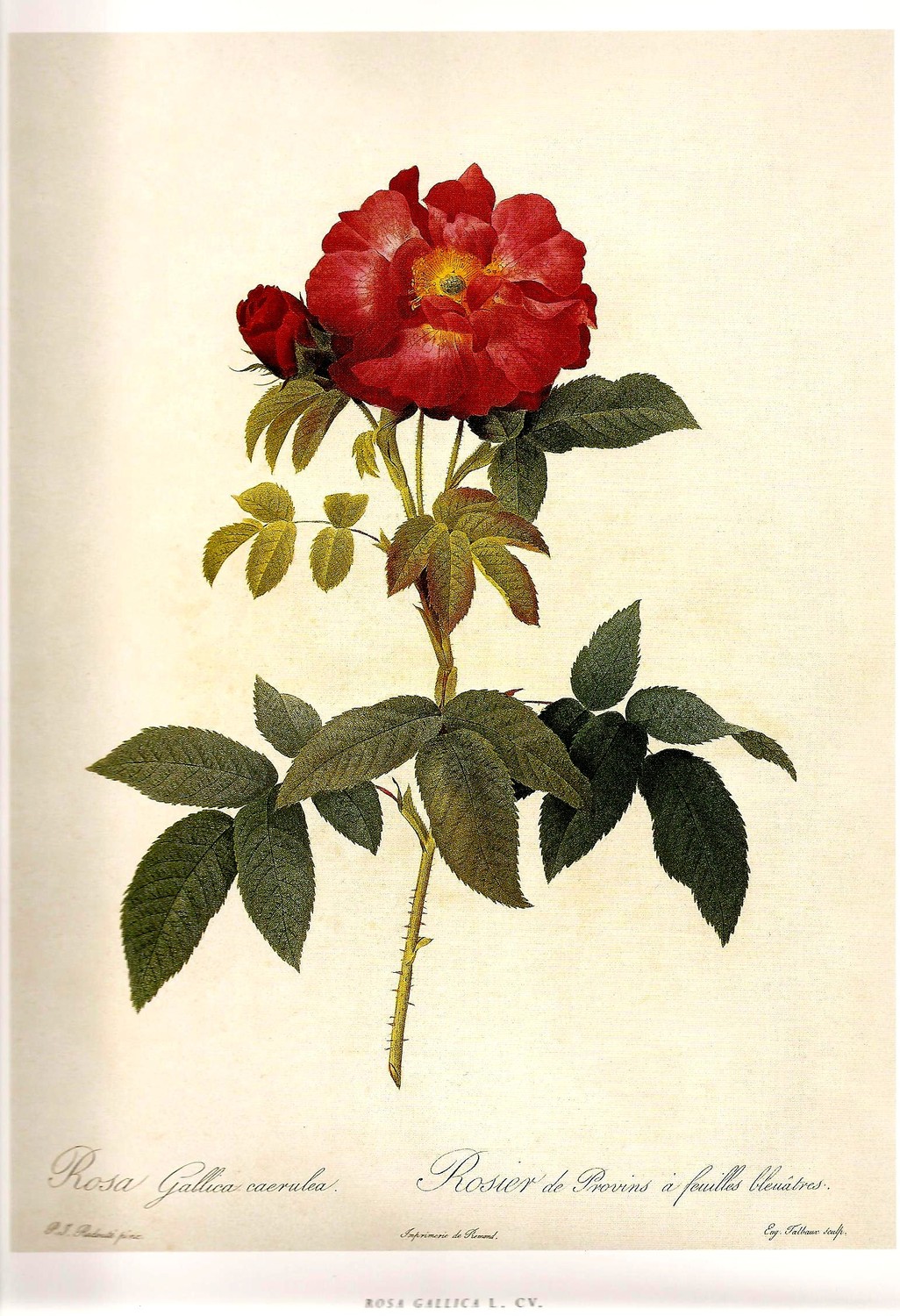 
Onto the desk covered with music


Pages of notes and ink blots

Fragrance spills on the velvet
Of night, notes scatter
On a canvas of his thoughts

His fingers search for memories
On smooth ivory keys
Roses and nightingales, roses

What joy it would have been to join Delacroix and listen to Chopin’s music among the nightingales and roses of Nohant… Perhaps he'd be playing his Nocturnes op. 55? A perfect Valentine's Day dream for the lovers of music and roses! 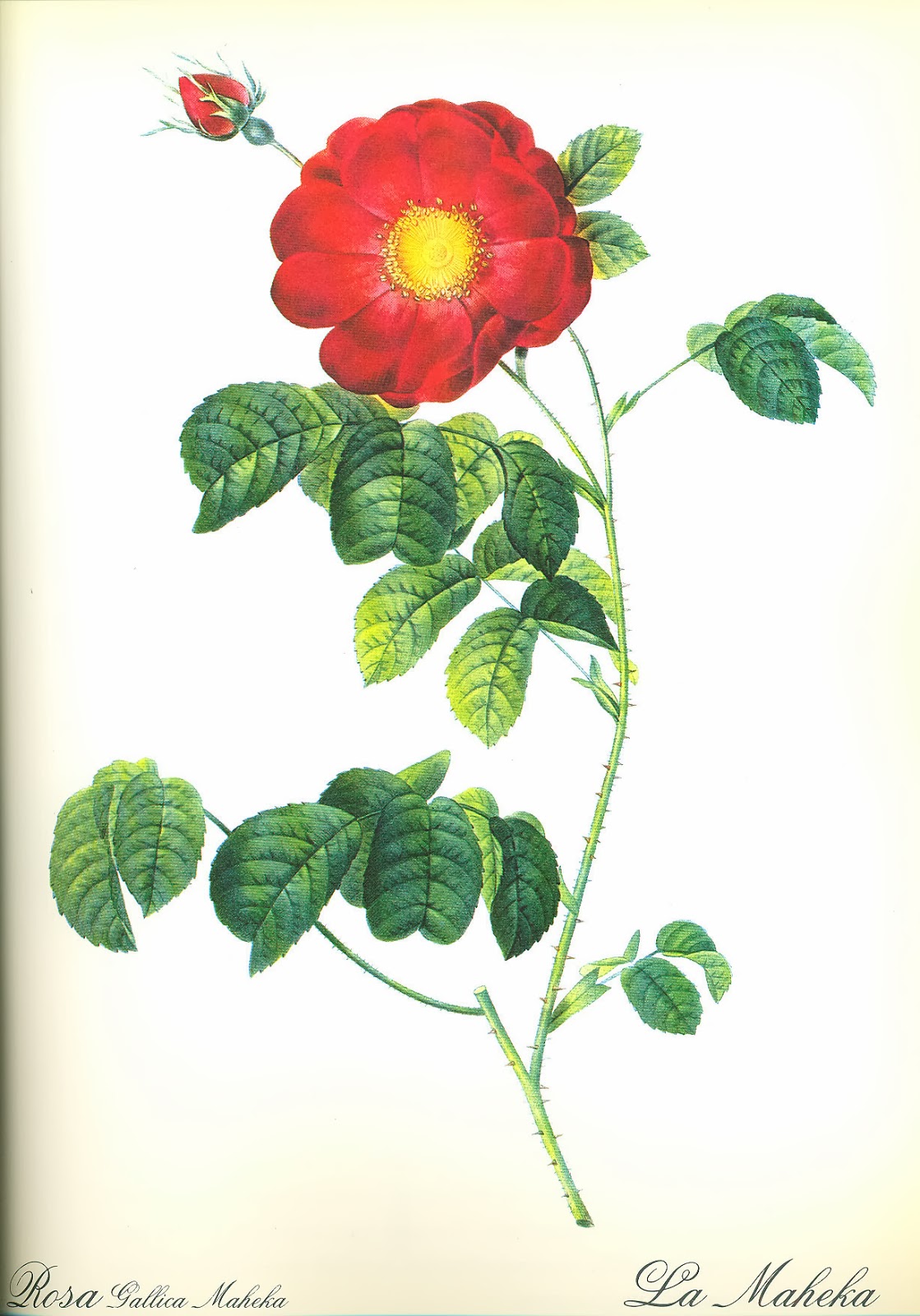